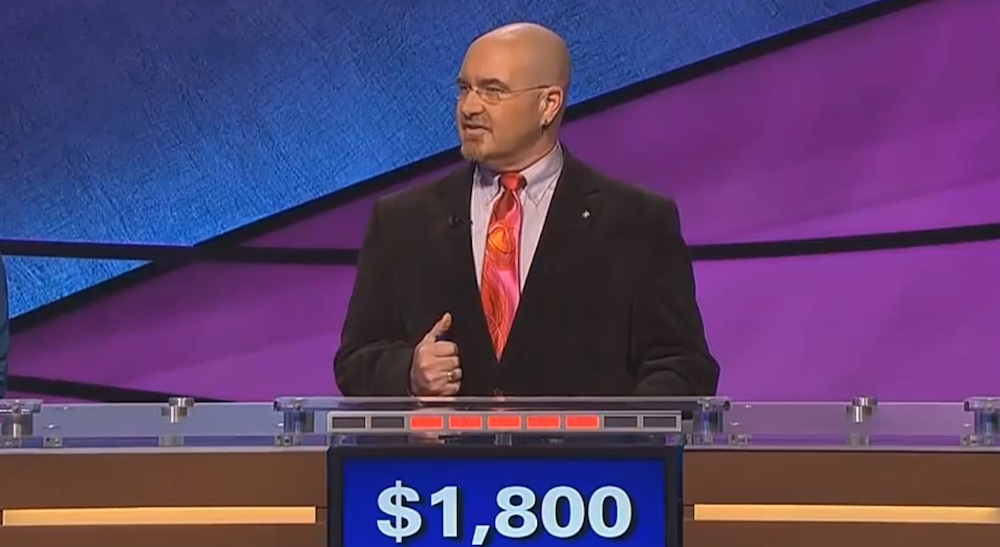 It kind of implies he’s a paedophile.

Oh boy. If there’s one thing that you don’t want to do then it’s imply that you’re a paedophile on national television.

Unfortunately, that’s what this dude called Tom competing on Jeopardy did over the weekend. He basically implies that he thinks it’s acceptable by the law for 14 year old boys and 12 year old girls to participate in sexual activity. Whilst losing your virginity when you’re young is kind of cool, it’s not cool when a creepy looking beefy older man says that he thinks that that’s the age that it’s OK for youngsters to start banging. Or being banged as he might be thinking.

What’s even worse is that in a quick fire gameshow like Jeopardy, it’s usually the first thing that comes into your head that you answer with. That means that sex with teenagers came into his head when he heard that question. Not cool dude.

Still, it’s nowhere near s bad as all the people that have been caught out as actual paedophiles by all those vigilante paedophile groups out there.