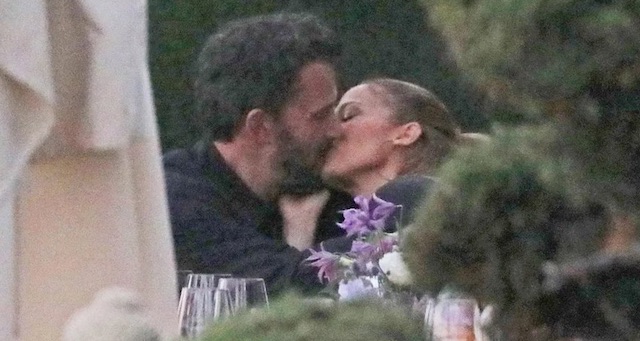 It’s been fairly well documented that Jennifer Lopez and Ben Affleck have been hanging out again following their respective breakups with Alex Rodriguez and Ana De Armas, but we’ve seen the most concrete evidence yet that they’re back together after someone papped them making out.

The kiss came at Nobu in Malibu where the couple were hanging out celebrating Lopez’s sisters 50th birthday. Obviously it was immediately placed onto the internet and then memed into oblivion, with some of them actually being pretty damn awesome:

Yeah that kid – presumably one of their children – running over to show them something on his phone really is kind of cute and endearing isn’t it? Anyway, here are the memes:

ben affleck and jlo are in a fake relationship but i do support it. culturally we NEED more celebs in fake relationships making out for photo ops PLEASE I don’t ask for much but this is what I’m asking for

me catching up on ben affleck and jlo like pic.twitter.com/aVatIUtAEX

Will J-Lo and Ben Affleck make it? I’m guessing probably not but I think we’ve still got a few more months and possibly even years until it doesn’t work out. We’ll almost certainly all be there for the ride too. How could we not be at this point?

For more of the same, check out when Ben Affleck got this really awful tattoo. At least he looks a bit happier now.