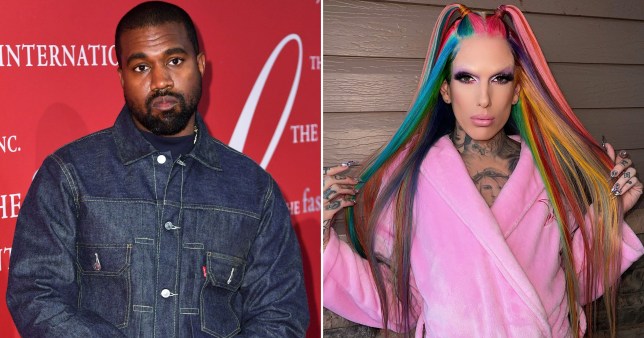 Are they actually having an affair?

Despite everything going on with Coronavirus and the fallout of the Capitol Hill incident this week, one of the biggest stories has still involved a potential affair between celebrity makeup guru Jeffree Starr and Kanye West.

Jeffree originally did everything he could to perpetuate the rumour by posting some cheeky photographs on social media, but has now decided to address the whole ‘Kanye Situation’ in a video posted on his YouTube account. You can check out the whole lengthy video below, but we’ve identified a couple of key quotes underneath that as well:

Let me just say this one time, for any news outlet: I like very tall men; me and Kanye have never hung out and this whole thing is really funny…

I’m single, I’m not sleeping with anyone and I’ve never slept with Kanye.

Anyway it’s time to go back to reality. Y’all have too much time on your hands.

Well that’s kind of disappointing really isn’t it, although when has someone come out and stating that something is categorically false ever stopped the rumours surrounding it continuing and becoming even more outrageous? Literally never, so expect some more dumb shit regarding their potential affair to come in the next couple of weeks, especially as it looks like Kanye West and Kim Kardashian are going to be divorced pretty soon.

For more of the same, check out this weird story from last year about Jeffree Starr’s boyfriend robbing him. Really messed up.