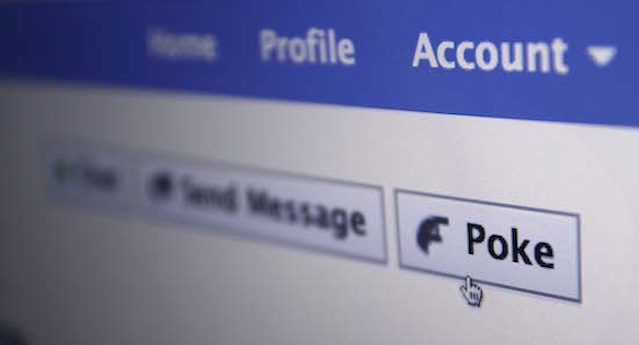 People still poke each other?

A 27 year old guy named Scott Humphrey punched his 29 year old friend named Richard Rovetto to death after they rode home in a taxi after a night out following the revelation that Richard had poked his girlfriend on Facebook. Sounds like Scott has some serious anger issues if that is the case, kinda like this angry black man who gets over his ex by burning all her stuff.

Scott initially confronted Richard, asking him why if he was such a good friend then he was going around poking his girlfriend on Facebook. Richard allegedly said that he didn’t realise that the woman in question was Scott’s girlfriend, but Scott wasn’t having any of it and the journey became really violent as the taxi pulled into Top Valley in Nottingham. Scott smashed his friend’s head on the pavement at this point and he later died in hospital as a result of it.

Humphrey initially ran away from the scene of the crime but turned himself in afterwards. He confessed to the killing but expressed a lot of regret, saying he didn’t mean to kill his friend but was very angry and caught up in the heat of the moment. The judge sentenced him to four years and four months in jail, and gave him the following statement:

You didn’t intend to kill him. Part of the tragedy is that it’s left to chance what happens. There will be a fight like this somewhere tonight and the person will get up and go home and the police will never hear about it.

As tragically as all this is, surely the most surprising thing about all this is that people are still poking each other on Facebook? Like when the hell was the last time anyone did that, or better when was the last time that anyone actually thought it meant anything? Almost as stupid as the 8 worst types of Facebook statuses.