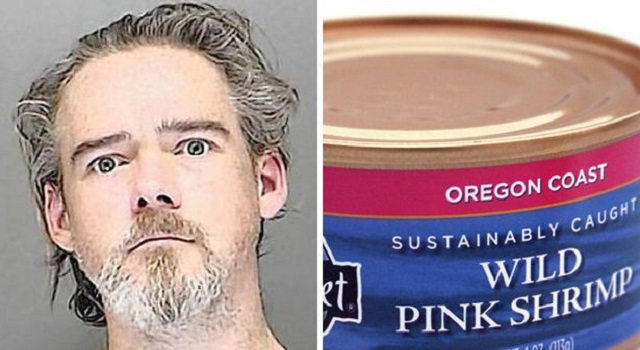 A man in Florida got into an argument over a can of shrimp so he decided to crack out his samurai sword and go for the jugular.

Living with other people can always cause friction of some sort. Whether it’s over who’s pinching all the milk and toilet paper to whoever thought it would be a good idea to throw a bottle of wine through the window, there are inevitably going to be teething problems. What usually happens is that you power through this period and end up a more accommodating person for it. That or move out and bitch about them forever and banish that era in your life to the nether-regions of your own consciousness, alongside the time when you used to wear a chain on your jeans.

All in all though, it’s usually a relatively civil affair with a lot of typical British politeness accompanied with a fair amount of private kvetching. It is a shame that the same cannot be said for Jayson Laughman, a resident of Deltona in Florida, as the ability to quell his anger into a manageable ball stored deep inside him which many Brits possess may have saved him from his recent arrest.

A simple argument over a missing can of shrimp caused Laughman, 34, to “go into red mode”, which I suppose could be equivocated to “completely losing your shit”. The purported offender, his mother’s boyfriend Michael Airhart, was watching television with Laughman’s mother in a different room, presumably after some rational debate during which he had decided to cool off (just kidding, he threatened to hit him with a statue, a threat that begs more questions than it answers).

However, our man of the hour decided that this fight wasn’t over and proceeded to batter down the door with a fucking samurai sword. Laughman then began hurling knives as he continued his accusations over the theft of the can of shrimp, which I can only assume must have been the closest thing to ambrosia for it to have caused such a commotion. Airhart managed to escape via a screen door without any injuries. 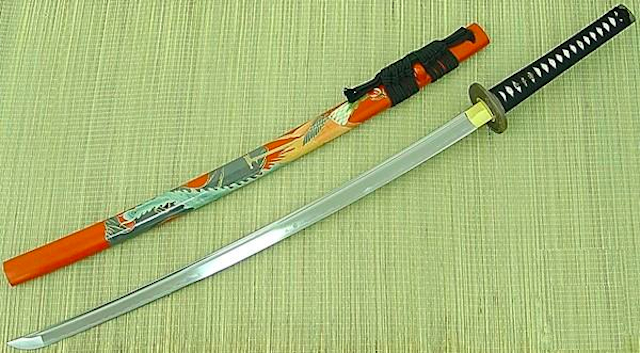 Laughman claims not to remember any of this, and from his perspective you can see how this is a pretty iron-clad excuse. However the police were not so sympathetic to Jayson’s convenient onset of amnesia and charged him with aggravated assault with a deadly weapon.

Laughman is currently in hospital having complained of chest pains during his questioning by the police and has also cited his low-blood sugar levels caused by his diabetes as a reason for the attack. If only poor Jayson had opened the drawer with the Hobnobs rather than the one with all the knives all of this could have been avoided.

What also peaks my interest is how apparently it’s totally cool for any weirdo to get their hands on a samurai sword and just keep it in their house. I can only surmise that the sword must have caused tensions in the house before this fracas when they were all due to chip in for the water bill only for Jayson to ask to pay double the next time.

The stories coming out of America are normally said tales of guns gone awry in the hands of a deranged mad-man, so in that respect it is comforting to know that their craziness isn’t confined to guns and that there is still a place in their society for the knife-wielding maniac. Despite this the police still got their man, although they were unavailable for comment regarding the still missing can of shrimp.