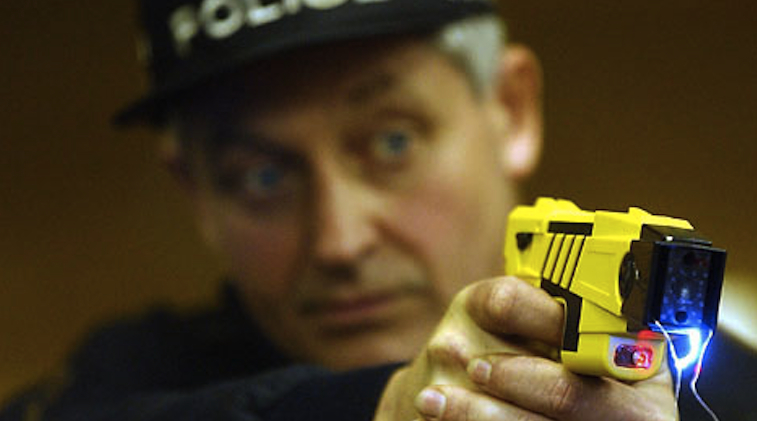 A headline like that doesn’t need a blurb to go with it.

Yeah you can’t really make that up can you? Apparently, in Chorley in Lancashire last weekend Colin Farmer – who is 61 and has suffered from two strokes – was tasered by an unnamed officer after the officer mistook him for a suspect who was said to be running through the town centre with a samurai sword. The Lancashire Chief Superintendent Stuart Williams had the following to say on the matter:

‘A description of the offender was circulated to officers and patrols were sent to look for the man. One of the officers who arrived in Chorley believed he had located the offender. Despite asking the man to stop, he failed to do so and the officer discharged his Taser’

Just to make things clear, this was a 61 year old blind man with a tapping stick, not some idiot running around the town centre with a samurai sword. Was the description of the suspect ‘an old man hobbling along really slowly?’ It hasn’t been released, but I’m guessing it wasn’t. I mean I’m not a saint or anything but I don’t think this guy was resisting arrest or anything and so I don’t think there was really any need to taser him was there? Like I’m sure if the guy had just walked up closer to him and said something he would have stopped and let him have a look at his stick for enough time to determine that it wasn’t actually a samurai sword. How the officer didn’t take under 0.00001 of a second to make that observation is beyond me anyhow.

Colin Farmer sounds like a terrified old man after the incident and I’m not really surprised. Being tasered is probably one of the most painful and scary things that can happen to you, and it’s probably even worse if you’re blind and a police officer tasers you in the back because he mistakes your walking stick for a samurai sword. I mean really? Just typing that again and again makes me realise how stupid it is. I guess Lancashire isn’t a region that is known for its brains but come on guy, there’s clearly a huge difference between a stick and a samurai sword. See below: 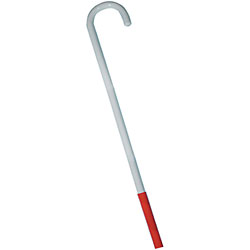 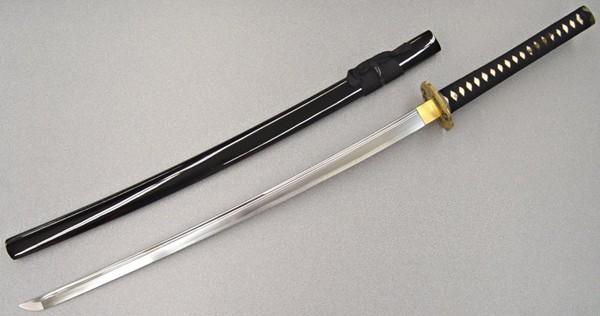 I mean they don’t look the same at all right? I mean yeah they’re both long and thin but they’re not exactly similar looking. And in any case, if police were looking for someone with a samurai sword do they really think that they would be using it as a walking stick/tapping cane? I mean surely if the police were after them they were probably waving it around and threatening people? Interestingly as well there’s no news available as to whether this guy with the samurai sword was ever found.

Farmer is now afraid to go outside of his house and it seems like he’s turned into a stereotypical scared old blind man, which is pretty sad because it would seem that before this incident he was bopsing around the city hanging out like being blind wasn’t bugging him at all. Here’s what he had to say:

‘I didn’t even know the police were there. I heard this man shouting. I thought they were shouting at some people, I certainly didn’t know they were police – and I certainly didn’t know they were shouting at me. I thought I was going to be attacked by some hooligans. The next thing they fired a Taser at me, though I didn’t know it was a Taser at the time. I just felt this thump in my back. As soon as the Taser hit me I hit the ground. I hit my head on the floor, then this policeman came around. I said “I’m blind, I’m blind. I’m blind. This policeman knelt on me and dragged my arms round my back and handcuffed me so tight I’ve had bruises since. I said “you’re hurting me, I’m blind” – and there’s no way he could not have seen my stick on the floor. I walk at a snail’s pace. They could have walked past me, driven past me in the van, or said drop your weapon. They wouldn’t even stop when I said I’m blind. I was absolutely terrified. I thought any second I’m going to have another stroke and this one will kill me’

â˜› More: VIDEO – Ref Gets Knocked The Fvck Out

â˜› More: Police Brutality – When The People Fight Back

Pretty terrifying stuff huh, it’s like a fvcking police state up in the north huh? In response the superintendent Stuart Williams said he deeply regretted the incident and that they were monitoring his progress and conducting an inquiry into the lessons that can be learned from the incident. To be honest that doesn’t really mean anything because they haven’t even released the identity of the culprit so it’s probably just gonna be swept under the rug by the boys in blue amid some Wire-esque comments about the chain of command or something.

I can think of a few lessons that can probably be learned from this incident though:

1) From now on issue everyone with a handbook that explains the difference between easily confused weapons, you know like a samurai sword and a blind man’s stick, or a handgun and an iphone or a cornish pasty and a razorblade. You know, easily confusable stuff.

2) Make sure that anyone who is ‘resisting arrest’ and travelling at more than a snail’s pace to get away from an officer asking them a question is shot immediately.

3) Invoke emergency powers that enable anyone over the age of 60 with a physical disability to be strip searched for no reason at a moment’s notice.

4) Don’t employ retards. I thought it was supposed to be really hard to get a job with the police now so why are they handing them out to trigger happy taser freaks?

Hopefully the Lancashire police force will take these suggestions into account, but until then everyone at Sick Chirpse‘s thoughts are with Mr Farmer – get well soon pal.