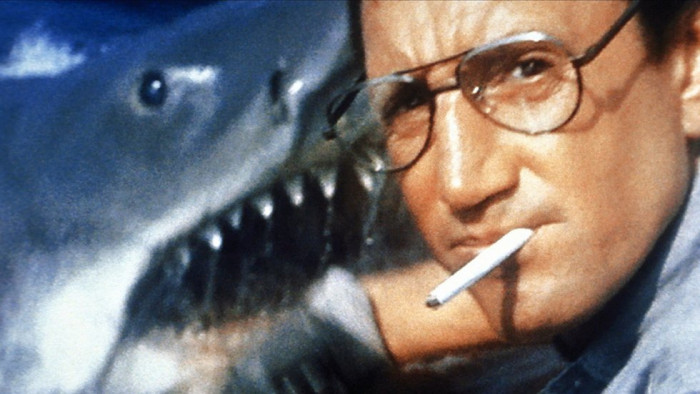 Steven Spielberg said back in 2015 that he would never be involved in a remake, but it looks as though Universal are set to tempt him to at least produce one with a big money offer to remake his 1975 classic ‘Jaws’.

Here’s the report via We Got This Covered:

Back to the Future Part II predicted that by 2015 we would be up to Jaws 19 (featuring holographic advertising technology!). Sadly for fans of the franchise, the original killer shark (and its counterparts in the sequels) has lain dormant since 1987’s Jaws: The Revenge. But now, according to our sources, Universal Pictures are in early development on a remake of the original.

Presumably, this will be a broad adaptation of Peter Benchley’s 1974 novel of the same name, taking us back to the summer resort town of Amity Island and its smorgasbord of shark-bait tourists. Information on precisely what they’re planning is thin on the ground at the moment, but the hope is for Steven Spielberg to produce the film.

Universal don’t have anyone to get behind the camera just yet, but they’re reportedly eyeing It‘s Andy Muschietti. I would imagine the film will be set in the modern day, too, featuring a new cast of characters to set it aside from the original, but again, we don’t have a whole lot of details on the project just yet. Given that this comes to us from the same sources though who also told us Bill Murray was returning for Ghostbusters: Afterlife, a Scream reboot is in the works and a Swamp Thing movie is in development, all of which are now confirmed, we’ve no reason to doubt it.

Well, Hollywood has already remade pretty much every other classic film out there so why stop now eh? To be fair there would be 40+ years (!) between the original Jaws and this potential remake so they’ve waited a lot longer than other Hollywood remakes have. I’m sure that won’t stop people saying “childhood ruined” and whatnot though.

Could a Jaws remake this decade live up to the original? I’m sure they could create a much more realistic looking shark and gorier scenes so they’ve probably got that going for them. No doubt it will be an impressive looking CGI shark. Even still, as with most (all?) remakes, Hollywood just doesn’t have what it takes these days to recapture the magic of the original.

To watch an Australian idiot wrestle a shark in the ocean and immediately get bitten, click HERE. That’s got to be worth a role as an extra, surely?