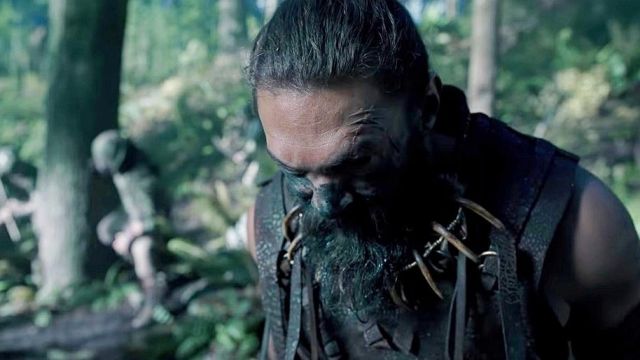 Apple’s new streaming platform AppleTV+ really looks like it’s pulling out all the stops for its upcoming debut with the news that they’ve tapped up Jason Momoa to star in a new show from Peaky Blinders creator Steven Knight that apparently has a $15 million per budget. That’s literally what Game Of Thrones was spending on the final season – probably not on the writing though lol – so you get an idea of just how big time this show is going to be.

See runs for ten episodes and will be available when Apple TV + debuts on November 1st. The service will cost just £4.99 a month and you’ll also get a year’s free trial if you buy a new iPhone, iPad or Apple TV which is a pretty sweet deal really. You can check out the trailer and a synopsis of the show below:

In the far future, a virus has decimated humankind. Those who survived emerged blind.

Jason Momoa stars as Baba Voss, the father of twins born centuries later with the mythic ability to see – who must protect his tribe against a powerful yet desperate queen who believes it’s witchcraft and wants them destroyed.

I mean that looks suitably dramatic sure but I don’t really know how it’s gonna work with literally all the main characters being blind and yet still being able to walk around and fight and ride horses or whatever? Sure maybe they got some Daredevil style kinda special senses or whatever, but even so it’s a bit of a stretch isn’t it? No doubt everyone will be raving about it come November though.

For more of the same, check out Jason Momoa calling out the evil fisherman that recently tortured a shark. Assholes.