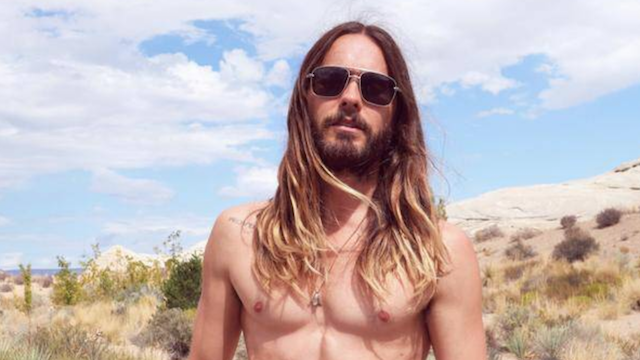 This is a funny story.

You probably don’t remember this, but one of the funnier things to happen around the start of the global pandemic – there wasn’t much competition to be honest – was the news that Jared Leto was on a two week silent retreat during its beginnings and returned to find the world very different to the one that he left.

Leto posted about this on his Instagram account at the time, but hasn’t really talked about his experience extensively until now and his appearance on ‘The Tonight Show With Jimmy Fallon’ the other night. He starts talking about it around the 2:15 mark below, or if you would prefer to just read what he said then you can check that out below as well:

It’s like a two week, roughly two week silent meditation. The idea is that you go away, get rid of your phone, you get rid of distractions, and everything and you just meditate.

And when I went away, there were about 150 cases and just in that short amount of time when I came out there was a shutdown, a state of emergency, the whole world had changed. But when we were in there they didn’t tell us. So we didn’t have our phones, there was no talking of course, no eye contact, no TV. And the teachers, they made a decision of ‘let’s not disturb the participants’ and I didn’t turn on my phone until I went back to LA.

So I drove the whole way, you know, trying to be like peaceful and Zen and keep the feeling going. I got back and I was kind of shocked like Rip Van Winkle.

It was shocking. I had this kind of great tool to deal with like stress and things in life but I don’t think anything could quite prepare any of us for what we all went through in the beginning.

It was like coming out to the zombie apocalypse.

Well that’s pretty much exactly how I imagined it would probably be like, but it’s even funnier that he didn’t turn his phone on until he got back to LA. Must have really been freaking out about how empty the roads were, but I guess he couldn’t have turned his phone on to see what had been going on for the last two weeks because that would undermine his little trip. Have to respect that level of commitment from Leto, whatever you think about him. I guess it’s method acting or something.

For more of the same, check out when Jared Leto tried to stop ‘Joker’ from getting made. That was a funny one.