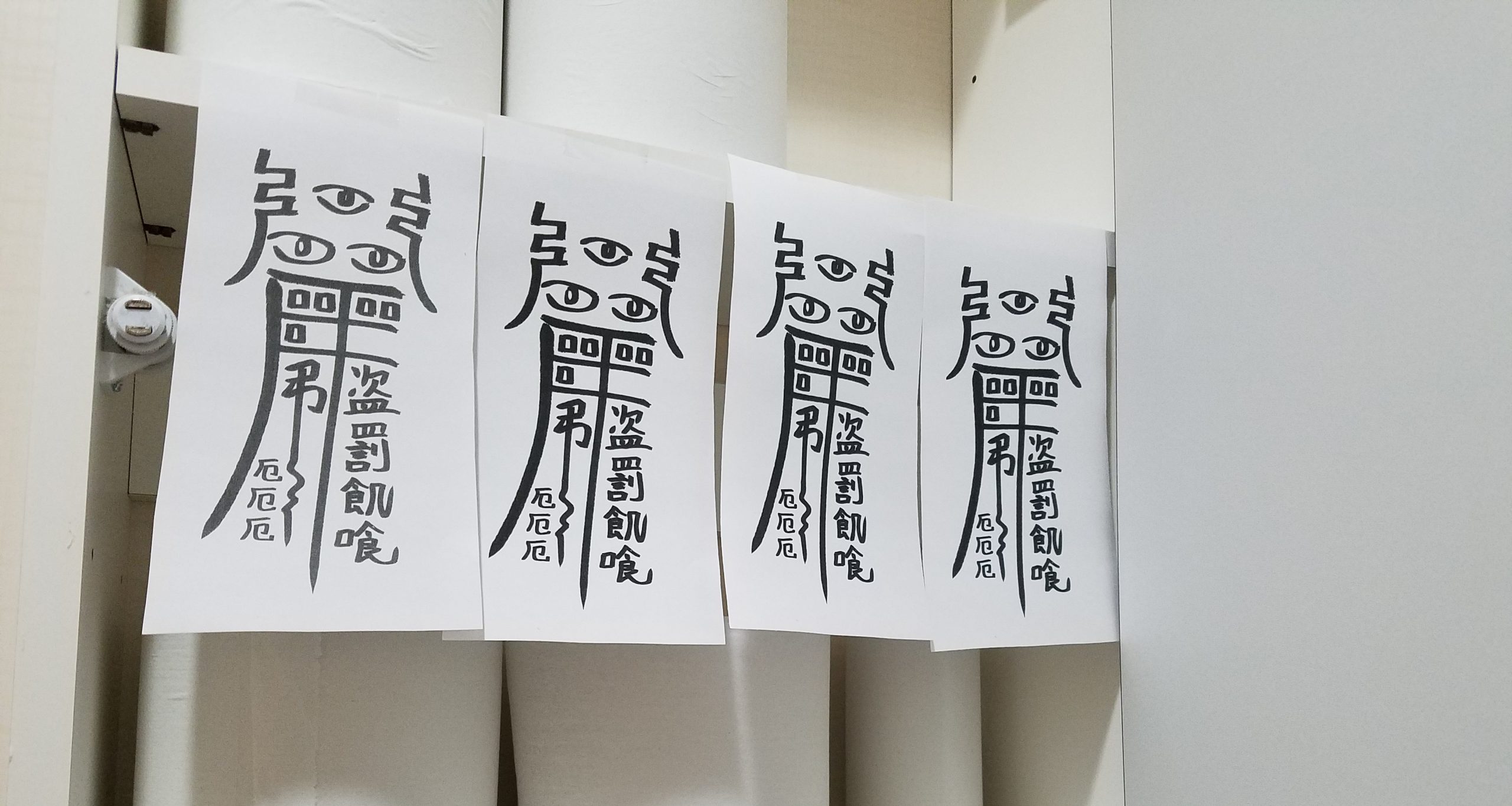 One of the side effects of the Coronavirus pandemic is a shortage of toilet rolls all over the world as really annoying people begin stockpiling them for themselves and this has also led to people stealing toilet roll and soap from public places and shops.

This seems to be a problem the world over and some shops in different cultures have decided to come up with novel ways to try and solve it, like this one over in Japan that has decided to put a curse on its toilet roll in an attempt to prevent it from being stolen. In order to do this, Mink Itachibe – who works at the convenience store in Niigata prefecture – sketched an image that features three eyes and several kanji characters and stuck copies of it up in front of the toilet paper.

Here’s what she said about it:

I did it as a joke, but it seems to have worked.

As people were stealing toilet paper, I wanted this to shock them and think they might get hexed. People can be quite superstitious in Japan.

The images of eyes to give the impression that we are watching out for potential thieves and the kanji below imply that if someone takes the toilet paper from the store, a hungry monster will hunt them down and gobble them up.

Remarkably, the tactic seems to have actually worked and Itachibe has reported no toilet paper thefts from the store since she started using the images. I guess Japanese people really are scared of that shit, even in these trying times.

I would suggest that shops and services having similar problems over here might follow suit, but that’s really not going to work is it? Maybe trying putting a sign up saying anyone stealing toilet paper will get completely battered? That’s the only thing I see working over here to be honest.

For more of the same, check out this new toilet paper grabber game in an arcade. Maybe not the best idea right now.