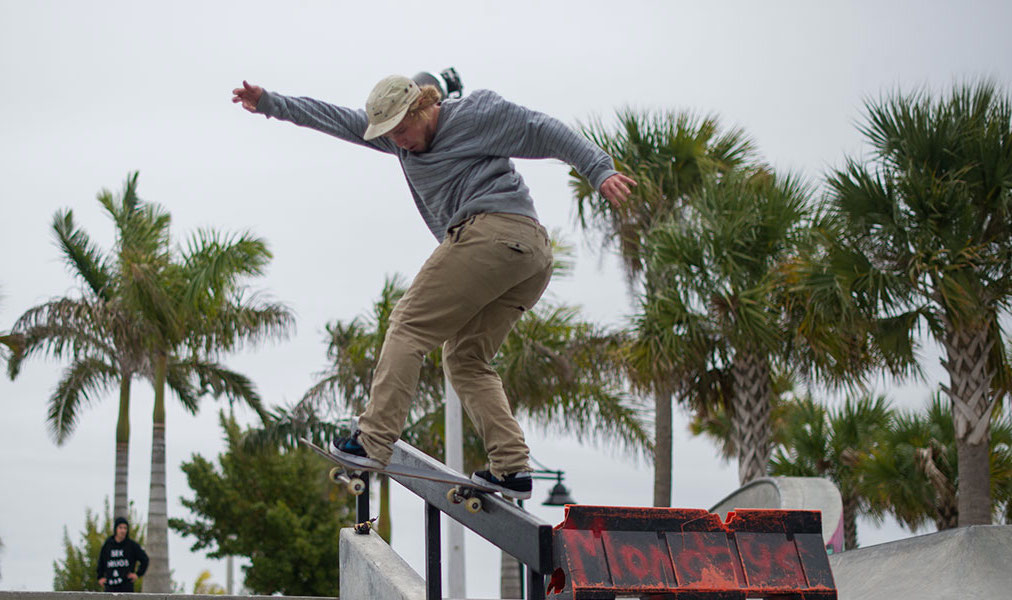 In the world of skateboarding, the guys who are actually good tend to be pretty skinny and they certainly don’t look like Jamie Foy, who kinda looks like he should be playing American football rather than skateboarding (and before anyone here moans at me about being biggest or whatever, he even says himself in the video that he’s fat so shut up already).

In the videos below, you see the latest trailer for his new part on King Of The Road, as well as his part form Deathwish Skateboards from earlier this year. One of his teammates says that Foy has the best balance on a skateboarder he’s ever seen, and when you see him pop some of the tricks in the videos below, I feel like you’ll be inclined to agree with him:

Wow. Love that trick he does holding hands with the other guy when they land the same part. His technique on all styles of tricks is amazing too and the dude is only 20. His grinds are just so smooth. Feel like we’re gonna be hearing a lot from this guy in the future.

And yeah, we shouldn’t really have to say this but the fact that he’s kinda big is great, as like Foy says in the video, he’s hopefully gonna inspire people who don’t think they can skateboard because of their size to give it a shot. That’s completely awesome.

For more of the same, check out more from Deathwish Skateboarding. Changing the game right now.