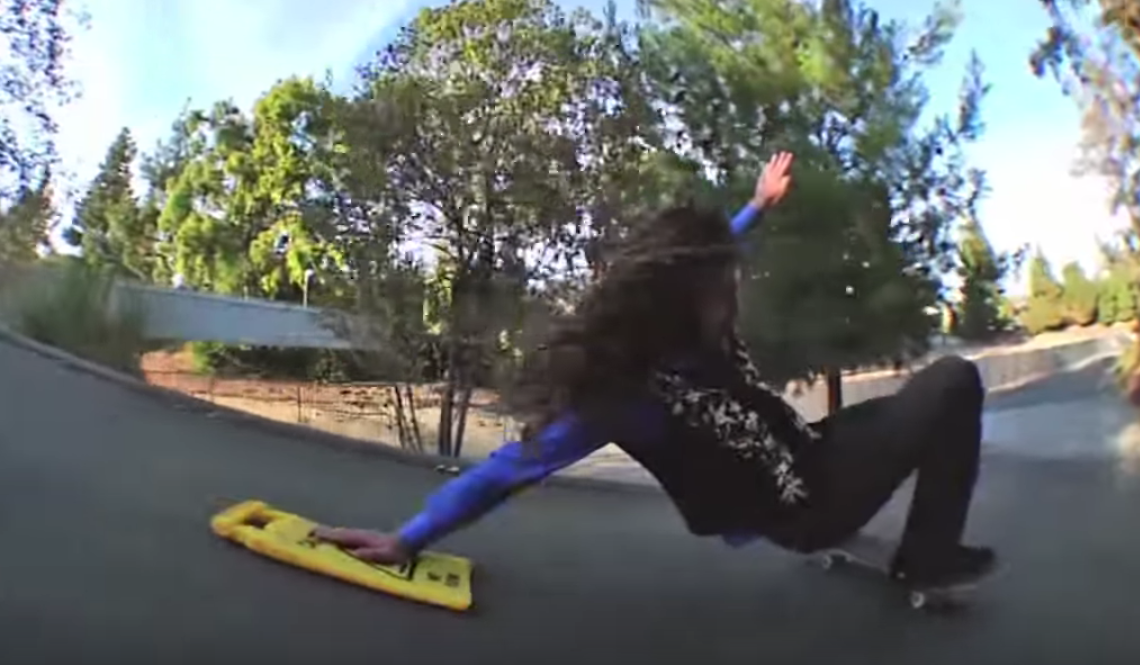 Australian professional skateboarder Richie Jackson is back with ‘Death Skateboards’ — a new set of tricks carried out by the hippie skater for Thrasher Magazine. In his usual style he uses some of the most unexpected elements to assist his tricks including a plastic sign, a rock, benches and the other side of his board (a la darkslide).

Richie Jackson is a psychedelic eccentric skateboarder and he never fails to turn the traditional skate video on its head, which is what makes him a pleasure to watch. Seriously, his moves are insane and unique (as are his prop choices). Check it out for yourself:

Cool huh? Turns out there are still things in the skating world that can surprise us. Richie is such a sick skater, he doesn’t need anything spectacular to prove himself — just a few shitty street props and he totally owns it.

For more rad skaters, check out this video of Danny Way when he broke the record for the highest air on a skateboard ever. Insane.