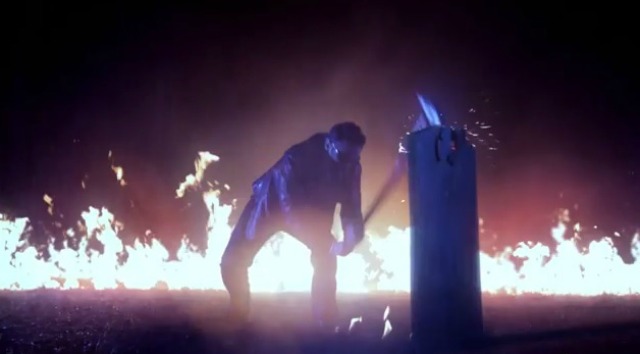 This epic advert for attorney Jamie Casino features a flashback which includes a crooked police chief and him smashing a gravestone with a sledgehammer. Dramatic.

Even though we kindly bought you all the Superbowl commercials this year – including highlighting the incredible GoPro one of Felix Baumgartner’s space jump – there was one that we didn’t bring you that simply blew all the other’s out of the water.

Why didn’t we bring it you? Because it was a local ad from Savannah Georgia – local markets can buy ad space in the SuperBowl too and are generally shown during halftime – and wasn’t actually online until after the SuperBowl, and didn’t catch anyone’s attention really until yesterday. And trust me, it will really catch your attention.

The ad is for Casino’s Law and features its protagonist – the aptly named Jamie Casino – tracing his journey from a criminal lawyer to a personal injury lawyer, via a series of flashbacks that include the death of his brother, a crooked police chief, a heavy metal soundtrack and a graveside vigil ended with Casino smashing it with a sledgehammer and walking off into the distance cloaked in flames, and the #CasinosLaw burned onto the screen.

It also ends with the immortal lines ‘I’m attorney Jamie Casino, and I don’t represent villains anymore – I speak for innocent victims who can’t speak for themselves’. It’s probably more dramatic than most TV shows you’ll catch this week.

â˜› More Amazing Adverts: The 30 Most Offensive Adverts Of All Time