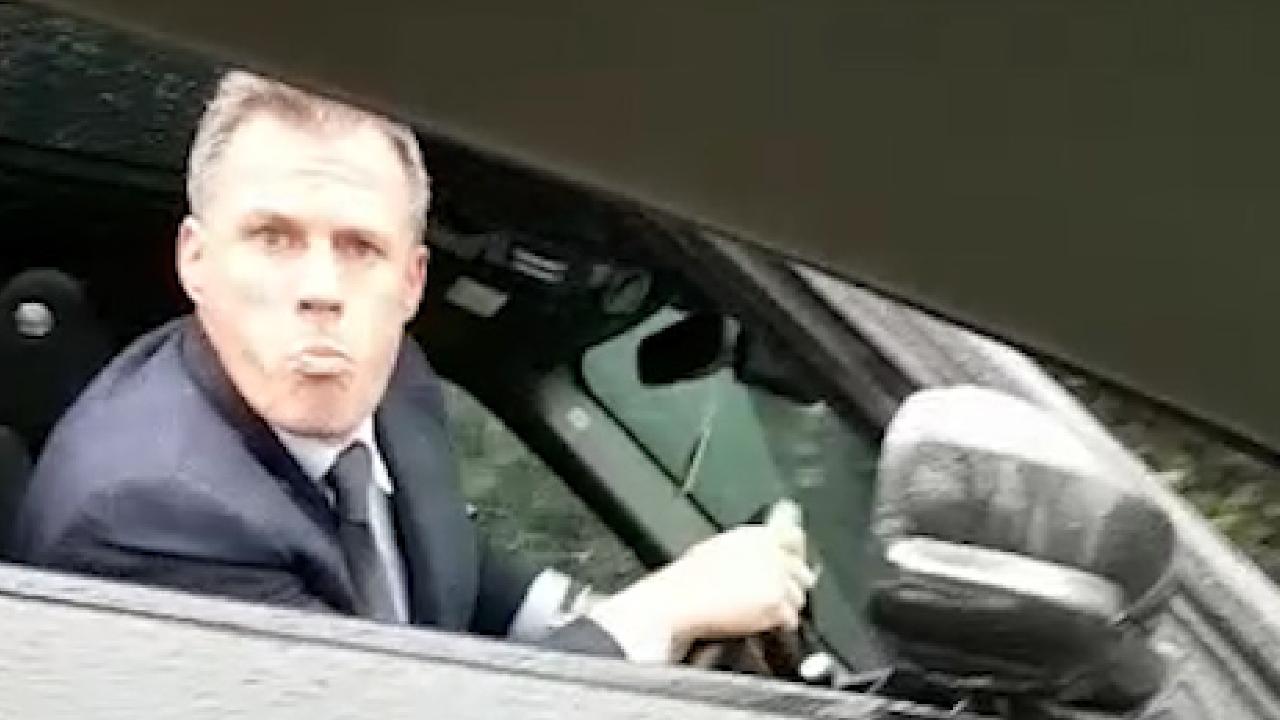 If you’re going to be a well known celebrity in the public eye, then it’s pretty obvious that you’re going to come in for some stick off people that don’t like you and you’re just gonna have to suck it up and take it because if you react then the press are going to have a field day with it.

Case in point, the video below that you can see of former Liverpool football player turned pundit Jamie Carragher. Carragher was still smarting from his beloved Liverpool’s 2-1 loss to arch rivals Manchester United on Saturday, when some rival fans decided to taunt him about it whilst they were driving down the motorway.

Carragher’s reaction was completely insane though. Even though it was just a bit of lighthearted banter, he wound down his window and aimed a big fat loogie at the car which was mocking him. Fortunately, they managed to get it all on tape:

You can take the people out of Liverpool

Whoa there Jamie, that’s a bit of an overreaction eh?

Needless to say, the public have completely and utterly rinsed Carragher for his actions and he’s come back with his tail between his legs, offering the following grovelling apology via his Twitter account:

Totally out of order & Ive apologised personally to all the family this evening. I was goaded 3/4 times along the motorway while being filmed & lost my rag. No excuse apologies. https://t.co/ofrNfiwhYH

Well I guess he isn’t offering any excuses and admitting that he’s wrong and apologising, but I doubt it’s gonna make a difference because nobody is going to forget how utterly deplorable it is for him to be acting like that and spitting at some innocent family, even if they were ripping on him a bit. Sorry pal but this one really is going to down in history and it’s gonna be a while before anyone lets it go.

For more of the same, check out this drunk guy getting the ultimate comeuppance after spitting on a father and his child. Deserved it.