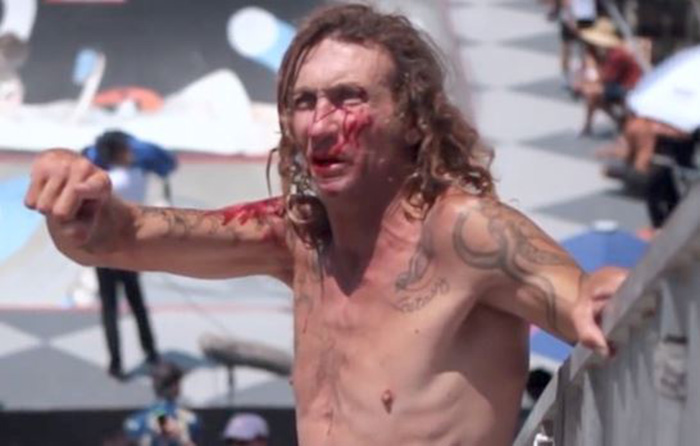 It’s always fascinating to see someone talk like they’re the hardest guy on the planet, only to completely fail to back it up when it’s time to prove it.

Drunk bro-local being a drunk bro-local. This guy was wandering around bugging everyone in a closed section for Press (he wasn’t allowed in but wasn’t stopped – thanks security). Then he kept telling this nice father and son that he would kill them. The dad only reacted after 15 minutes of badgering turned to the bro-local spitting on him. Then he went dad-mode thug-life and handled business.

From threatening to kill them both, to getting his face punched in and arrested. Hard to take a bigger L than that on a sunny Cali afternoon.

Shout out to the cameraman as well – 60 FPS and horizontal filming are two things sorely lacking from fight videos these days. I’d put it on a level with this street fight video from Texas last year, which was also beautifully shot in full HD glory .