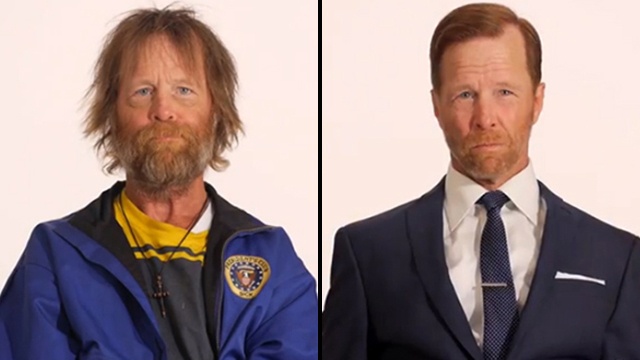 The guy from the super viral homeless makeover video last month has been arrested after causing a drunken scene in Burger King.

54-year-old James Wolf — the homeless army veteran who underwent a huge makeover that was all over the Internet last month — was arrested for trespassing and causing a disturbance at Burger King on Monday. Now serving 20 days in prison, he admitted that despite his makeover and fundraiser he has gone back to drinking.

Welcome to reality, folks. The video was massive — over 15 million views on YouTube and had everyone going around saying how great it was that this guy was getting some help and sorting his life out. Well things didn’t quite work out that way, because a haircut and some new clothes does not a life change make. It’s great to watch an extreme homeless makeover video and feel like everything is just peachy but people neglect the fact that a homeless drunk with 80 arrests on record is still going to raise hell no matter how you dress them up.

Don’t get me wrong, sometimes these things work out, but most of the time homeless drunks are going to do things like cause disturbances in Burger King, because that’s just what they do. That’s the truth but it’s also the part of the story that’s not going to get you many likes on Facebook, so people would rather just watch the video and assume this guy went on to do great things with his new suit and haircut.

The video did raise $30,000 for charity though, so it was worth it in that respect.

â˜› Watch Next: Lawmaker Demonstrates The Answer To Homelessness – Violence