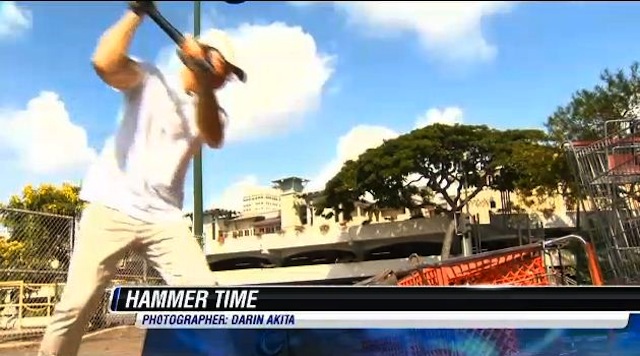 A Hawaiian lawmaker has been smashing up homeless peoples’ shopping carts to curb the homelessness problem.

Tom Brower is a veteran Hawaiian lawmaker who’s come up with a new way of curbing the state’s homelessness problem –  he’s destroying homeless peoples’ shopping carts with a sledgehammer until they stop being homeless. Not sure he’s clocked on to how homelessness works exactly.

Over the last two weeks, Brower has obliterated 30 shopping carts but never when they were being pushed by homeless people. He said ominously, “that may be coming”.

I think deep down this guy wants to kill homeless people but he can’t and that’s why he’s doing this instead. Would love to see him try this in the rougher parts of town!

â˜› Up Next: Homeless Dude Does Spot On Breaking Bad Impressions