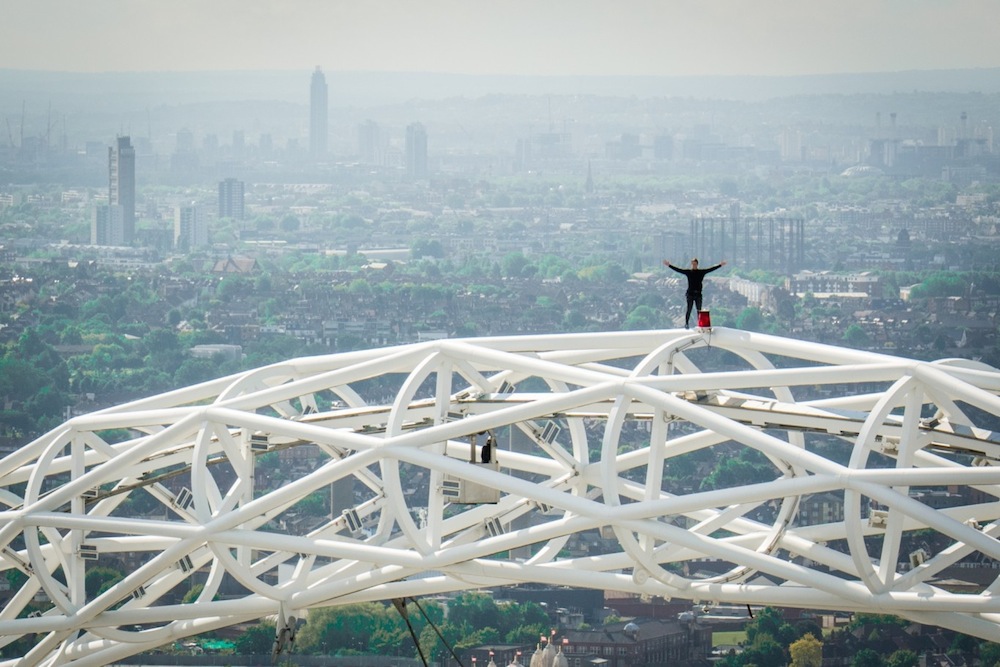 Far and away his most impressive climb yet.

James Kingston has been posting videos of him free running and climbing up massive buildings and hanging off them for years now, but I don’t think any of them have been as impressive as the climb he completed in West London this morning. Yes, he climbed up the Wembley arches and walked across them.

Here’s what he had to say about the experience:

I’ve dreamt of being on top of the Wembley arch from the day I first laid eyes on it eight years ago when the new stadium opened.

It’s such an iconic landmark. I’ve stood on the top of buildings and structures all over the world but I’ve never felt more on top of the world than on the top of Wembley arch today.

It’s just amazing to be up there and see the view. I was up on the arch for about two hours. 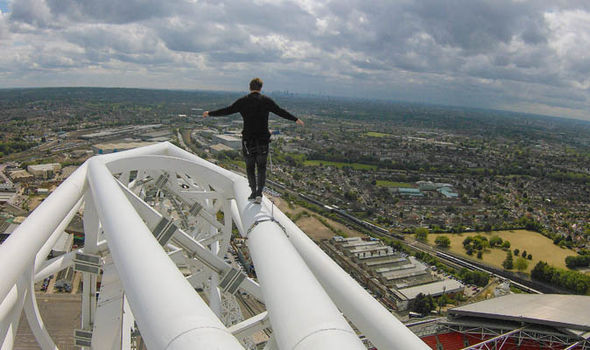 Whenever I do a climb it’s always windy no matter what, but it got really gusty up there today. It was quite steady and then there would be a massive gust which meant I had to readjust. I’m not used to such high winds. But I had enough space to move around and stand.

The scale, height and curve of the arch means this was by far the most unique and complex structure I’ve ever stood on top of.

It goes without saying that this stunning view comes with a “don’t try this at home” warning!

No shit. Disappointingly though James didn’t break into Wembley to carry out the stunt, and was instead granted permission to perform the stunt after a team of over 30 safety and planning professionals debated whether to let him do it for over three months. Sounds like he’s going soft in his old age. Check out the footage below:

This Is The Scariest Stunt Video Ever