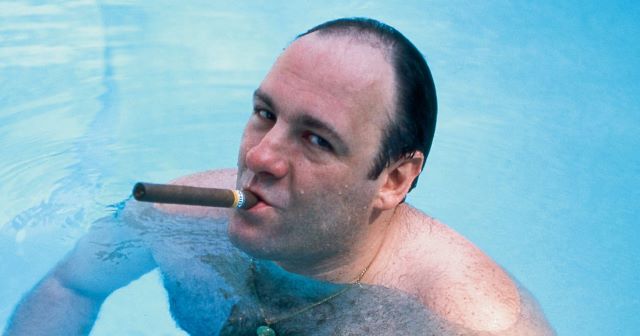 James Gandolfini AKA Tony Soprano playing Michael Scott in the American version of ‘The Office’ seems like the most unfathomable thought ever, and yet it almost happened according to the Talking Sopranos podcast.

Hosts Michael Imperioli and Steve Schirripa were joined by Ricky Gervais on a recent episode, and the three actors spoke about a post-Sopranos world in which Gandolfini nearly agreed to play the Dunder Mifflin paper boss.

You know, they talked about having Gandolfini at one point replace him [Steve Carell], did you know that?” asked Imperioli, who played Christopher Moltisanti in The Sopranos.

“I think before James Spader and after [Steve] Carell, they offered Jim, I want to say $4 million to play him for the season and HBO paid him $3 million not to do it,” Schirripa, who played Bobby Baccalieri, revealed. “Jim was going do it because he hadn’t worked and it was a number of years removed from when the show ended.”

What the…? Did I just read that or am I on drugs? Imagine seeing Tony Soprano go from being this menacing mob boss beating people up at The Bing to being awkward and hilarious and throwing office parties at Dunder Mifflin. Obviously Gandolfini was an A+ actor and was great in a whole variety of roles, but picturing him as the American version of David Brent just seems so bizarre.

Fair play to HBO for shelling out $3 million in order for Gandolfini to turn it down and keep the Tony Soprano legacy alive. Getting paid $3m NOT to work? That’s living the dream.

Here’s the first trailer to the upcoming Sopranos prequel in case you missed it – starring Michael Gandolfini (yup, James Gandolfini’s son) as a young Tony Soprano: