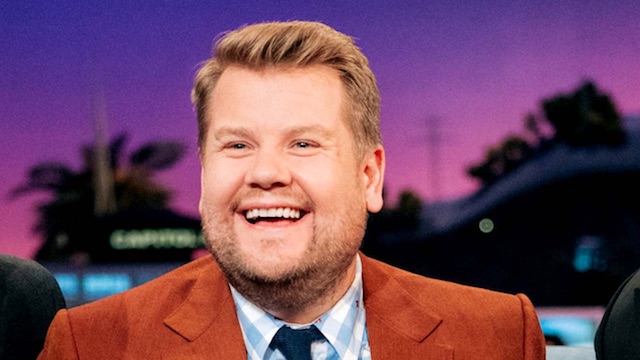 Has he gone too far?

I’m gonna be honest and say that I don’t regularly tune into James Corden’s late night talk show, so I’ve never heard of his ‘Spill Your Guts’ section but apparently it’s being called out for being massively racist.

If you’re also unfamiliar with the section, then it basically involves Corden asking his guests super embarrassing questions but they’re given the choice of not answering them if they eat some really disgusting food that Corden has handpicked himself. Turns out that some of the stuff he’s picked in the past though is a bit problematic and racist as it’s actually served as a delicacy over in Asia. You know stuff like worms and chicken feet and balut – a fertilised duck egg that is some really haute cuisine over there.

Corden was called out by a TikTok user called Kim Saira and her video has now been viewed 2.5 million times:

@kimssairaok but this is actual Asian food & youre going on live tv telling people how gross it is. thats cringe♬ original sound – Kim Saira

She then obviously started a petition to remove the segment entirely from his programme. At the time of writing, it’s currently got around 25,000 signatures:

Many of the foods that he presents to his guests are actually from different Asian cultures.

He’s presented foods such as balut, century-old eggs, and chicken feet, which are often regularly eaten by Asian people.

During these segments, he’s openly called these foods ‘really disgusting’ and ‘horrific.’

In the wake of the constant Asian hate crimes that have continuously been occurring, not only is this segment incredibly culturally offensive and insensitive, but it also encourages anti-Asian racism.

So many Asian Americans are consistently bullied and mocked for their native foods, and this segment amplifies and encourages it.

Yeah that does sound a bit much from this girl doesn’t it, but I suppose we do have to listen to people who are offended and insulted by something and try to understand why that’s the case. I’m sure that there are innumerable people out there saying that his is just another example of woke snowflake-ism and that there’s nothing racist about it whatsoever though.

Sadly seems unlikely the two sides will ever come to an agreement on the issue and whether it’s racist or not, but I think you just have to do listen to the people who are saying that it is because it’s their narrative and what they’re living through. Unfortunately it seems unlikely that James Corden will do that and the people that watch his show will probably support him as well and won’t actually stop doing this segment, even if way way more people sign the petition. Do those things ever really accomplish anything?

For more of the same, check out what Liam Gallagher thinks of James Corden and ‘Carpool Karaoke’. Amazing reaction.