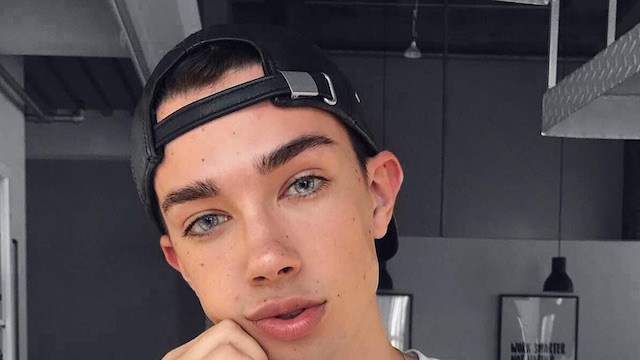 You know the phrase ‘there’s no smoke without fire’? Well, I’m pretty sure there isn’t anyone it describes better than beauty blogger James Charles, who once again is facing allegations on inappropriately messaging an underage fan. Why does it always happen to him hey?

This time James has been called out for interacting with a 15 year old on TikTok named @JakeCheryy. The TikToker originally posted the video to his feed and it’s since been deleted, but obviously someone made a video of it that they decided to share on Twitter! Whoop:

WHO COULD’VE SEEN THAT COMING: James Charles exposed for allegedly messaging 15-year-old. When James notices that boy shared one of their messages on his story, James snaps, accuses the boy of lying about his age, then blocks him. Boy alleges he never lied about his age. pic.twitter.com/VvtIlHmeE7

OK so it’s kinda annoying that you have to pause that if you want to see what’s really going on, but basically if you didn’t then James Charles and this kid were messaging, then James gets a bit arsey about him sharing their interactions on his private Snapchat story, then James says that he’s deleted the messages where he tells him how old he was and he’s now blocking him on everything. That escalated quickly didn’t it?

I suppose this kid might have misled James Charles because he’s famous and wanted to talk to him or whatever, but Charles really needs to get a clue about all this and stop doing stuff like that. It’s pretty obvious that people are going to message him because he’s famous and lie about their age simply because they want to talk to him because he’s famous, so he needs to figure out how old these people are before he starts being a horn dog towards them as it keeps happening and it’s gross and wildly inappropriate. Sort it out pal or face the consequences.

For more of the same, check out when James Charles shot a fake pregnancy photoshoot with a prosthetic bump. That was weird.