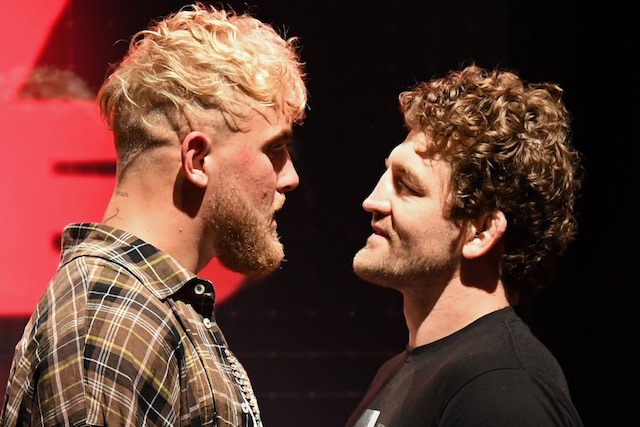 Jake Paul is finally set to face Ben Askren this Saturday night in one of the biggest/stupidest boxing matches of all time and to be honest I thought we would have been seeing more hype about it this week – maybe Justine Paradise’s sexual assault accusation against Paul has put paid to that? – but the almost entirely predictable news that Paul is releasing an NFT of the fight and his previous one against Nate Robinson might get some of the buzz back.

I’m not even going to bother talking about what an NFT is in this article as I assume everyone knows that by now after they’re all anyone has been talking about for the past few weeks – OK fine, they’re basically pieces of media that are made on the blockchain which means they’re completely unique and impossible to edit and copy – so it’s no surprise that Jake Paul would try and get in on this. Perhaps more surprising though is that he’s putting it on the market for a cool $10 million – surely nobody is going to pay that?

The mentality behind this pricetag is that the NFT initially features footage of Paul’s knockout of Nate Robinson back in November and it will be a 1 of 1 collectible, but the main kicker here is that whoever buys it will also get the last 30 seconds of Paul’s fight against Askren as well. If that’s a knockout, then the value of the NFT could soar above that price tag, but if it goes the distance then it could reasonably fall much lower.

How exciting! I guess that’s the gamble with NFTs hey? Do you have $10 million spare to risk it?

For more of the same, check out how much Dana White bet on Jake Paul losing to Ben Askren. Not quite as much as the NFT.