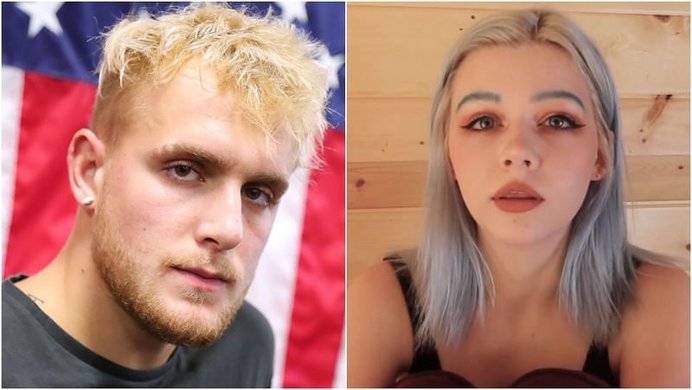 Jake Paul was all set for the biggest night of his life next weekend when he steps into the boxing ring with MMA fighter Ben Askren, but his preparations are likely to be thrown into turmoil after he was accused of forcing TikToker Justine Paradise to perform oral sex on him.

Paradise released the below video where she details the alleged assault that took place back in 2019 at the Team 10 house. Take a look at it below:

He started to kiss me which I was fine with.

We were dancing in his room, like ballroom dancing, and then we were like, kissing and stuff, and then he took it to his bed.

Sex is very special and very important to me.

Normally, everybody respects me when I don’t want to do sexual things, so I thought that it was fine if I went in his room.

I thought it would be fine to kiss him, because I thought he would stop if I didn’t want to do anything else.

Every time he would try to put my hand places or try to put his hands places that I didn’t want, I would just move it away and be like, ‘no’, and just (go) back to kissing.

Then at one point, he said, ‘if nothing is going to happen, then what’s the point?

He then undid his pants and grabbed my face to perform oral sex.

I couldn’t even tell him not to, he didn’t ask for consent or anything.

He knew I didn’t want to do anything with him because he said, ‘if nothing’s going to happen then what’s the point.’

That’s pretty grim and clearly something that has seriously affected Justine over the past couple of years for her to come out and make such a lengthy and detailed video about it. Jake Paul has yet to respond but you can bet that this was the last thing that he wanted to hear the week before his big fight. Talk about timing hey? Thoughts with Justine Paradise.

For more of the same, check out when Jake Paul tried to explain why he was spotted looting a mall. He’ll need a better explanation this time.