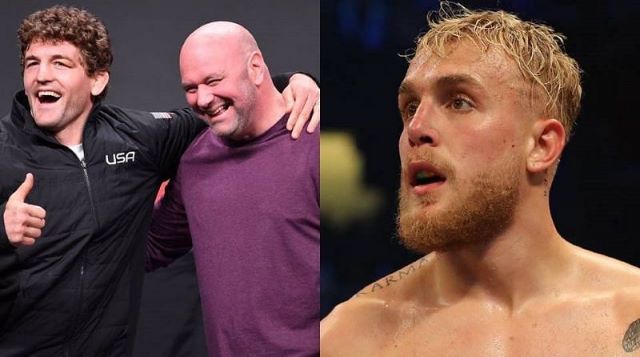 UFC President Dana White was on ‘Hotboxin’ With Mike Tyson’ this week, and when the topic moved to the upcoming boxing match between Ben Askren and Jake Paul, Dana seemed VERY confident that the former UFC fighter would destroy the cocky YouTuber.

How confident? Well, how about so confident he’s willing to bet one million dollars on it:

Uncle Dana wants to bet a million dollars on Ben Askren coming out with a W vs. Jake Paul pic.twitter.com/jqjwpTt15C

Great to see Iron Mike having a good time there!

Dana let’s double the bet up! $2 Million. We wire the money into escrow. $4 million total. Winner takes all. My team will be in touch to make a contract. After I knockout Ben, we can set up Jake Paul Vs. Dana White 2021 since you consider yourself a “Boxer” and me a “YouTuber”🤡 pic.twitter.com/QoHnbRvpHl

DANA WHITE IS A CLOWN

Let’s hope they actually go through with this bet as it will make things a hell of a lot more interesting. Given that Ben Askren is primarily a wrestler and possibly one of the worst strikers in UFC history, it’s very surprising that Dana White has so much faith in him to get the job done in a boxing match. I’m certain he’s underestimating Jake Paul big time here, who despite being an annoying YouTuber does actually have some boxing skill. I mean there’s a reason he picked Ben Askren as his next opponent rather than someone like Conor McGregor, right?

On the other hand, Ben Askren is the more experienced overall fighter, so who knows what will happen? He’s certainly taking it seriously, that’s for sure.

Ben Askren is currently training at Wild Card in LA with the great Freddie Roach for a week in preparation for his fight against Jake Paul next month, Askren tells me. First time Askren has ever trained with Roach.

Will Jake Paul humiliate Ben Askren and make the world of MMA look like a joke in the process? Or will he get KO’d and maybe end this experiment where he’s trying to be some big time boxer? Whichever way it goes, I don’t think we’ll hear the end of it from the winner. And maybe Dana White can make a cool milli out of it too. Stay tuned.

For the incredible Dana White video in which he shames all the journalists who criticised him in 2020, click HERE. Excellent stuff.