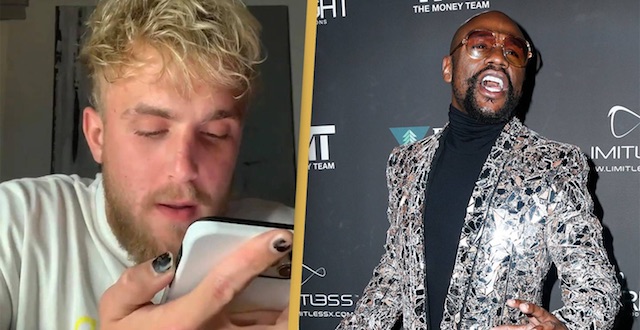 One of the funniest moments of the year was absolutely when Jake Paul stole Floyd Mayweather’s hat and Floyd was absolutely furious about the whole ordeal, so it’s great to see Paul playing up on this even more.

Mayweather was doing a talk on Clubhouse yesterday which Paul interrupted to yell ‘Gotcha Stage’ but sadly Floyd wasn’t really biting this time and pretty much ignored him, despite a few more attempts to get his attention. You can make your own mind up about it below:

Yeah that really isn’t that impressive is it? Kinda embarrassing how funny the guy thought it was when it wasn’t even slightly amusing. Fair play to Floyd for not reacting and giving this nincompoop even more attention that he definitely doesn’t deserve. I think the only good thing he’s ever going to do in his whole entire life is steal Floyd’s cap and that’s that. Give up now, please.