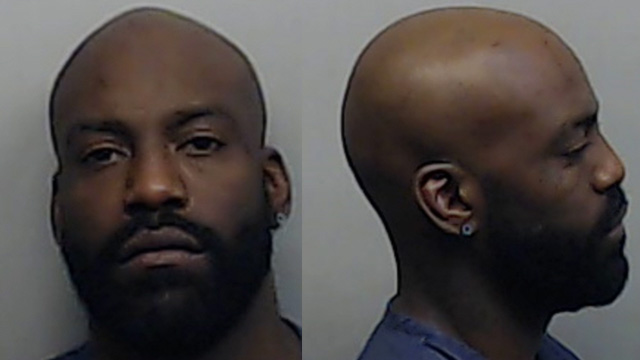 That’s not a very nice way to propose.

Jagged Edge may have talked/sang a good game about treating women right and being the most impossibly amazing boyfriends in the world, but the reality has turned out to be quite different for one member at least.

Kyle L Norman, who isn’t one of the two twins from Jagged Edge that people actually remember, left his fiancÃ©e with welts under her eyes, a bump on her forehead, cuts to her nose and a blood clot in her right eye after losing his cool during a domestic dispute. She says he also chocked her with a scarf and shoved her engagement ring down her throat before breaking her phone.

The police officer who arrested Norman at the scene said:

When I arrived, I was met by the victim who was visibly shaken. (She thought) she was going to die. She stated that she began to agree with things that he was saying in an attempt to calm him down. While doing he turned around and walked away inside their loft and she ran and grabbed his cell phone and was able to run outside and awake a neighbour who let her inside.

A lucky escape then. I suppose we’ll never be able to listen a Jagged Edge song in the same way again. Maybe a ‘Let’s (Not) Get Married’ remix is on the cards:

Washed up R&B singers – they can be so aggressive can’t they?