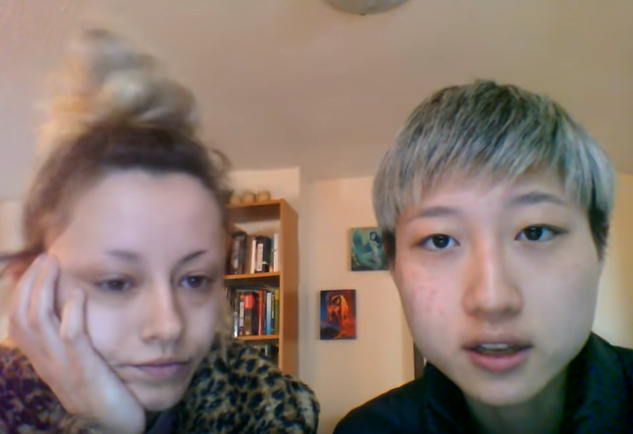 This is really weird.

Jackie Chan is one of the biggest action stars out there and apparently has a fortunes of $350 million and managed to earn $49million last year alone. I guess doing your own stunts really does pay after all.

Whilst Jackie is almost universally loved by most people, few of us know that he actually had an affair with a woman named Elaine Ng back in 1999 when he was married to Joan Lin, which resulted in the birth of an illegitimate daughter named Etta. Apparently Jackie wanted to try and do the right thing by Etta, but Elaine didn’t want him to be involved and the pair have been estranged for her entire life.

That fact kind of makes her latest behaviour even odder, as she’s uploaded a video onto the internet of her and her girlfriend Canadian social media star Andi Autumn onto the internet, claiming that both of them are homeless and have been living under a bridge in the last month due to their ‘homophobic parents’. Kinda weird:

That’s a really weird video. I mean I hate to state the obvious, but where are they in the first place to be making a YouTube video because it doesn’t look that crappy or homeless? And again to state the obvious why don’t they just get a job or use some of Andi’s social media superstar status to get some food/money/place to live? It’s a really, really bizarre video and I don’t get it at all.

I’m not really sure if she’s even talking about Jackie Chan here because previously, as Etta has gone on record as saying that she’s not angry at her father and has never wished to see him and has no relationship with him, so it seems kind of weird to call him out in this video because of that? Kinda seems like she might mean her mother and possibly adoptive father, although again kinda weird to call out Jackie Chan when they have no previous relationship apparently.

Guess he has the money and the status, but to brand him a homophobe seems a bit naive when the context is out there for everyone to see. We’ll probably here some kind of response statement from him shortly though when we’ll get to the bottom of this – in the meantime I hope the pair of them find somewhere to live though. Also hope they’re not major drug addicts as that’s kinda what I felt watching that video, because you’ve gotta have lost your grip on reality to make something like that right?