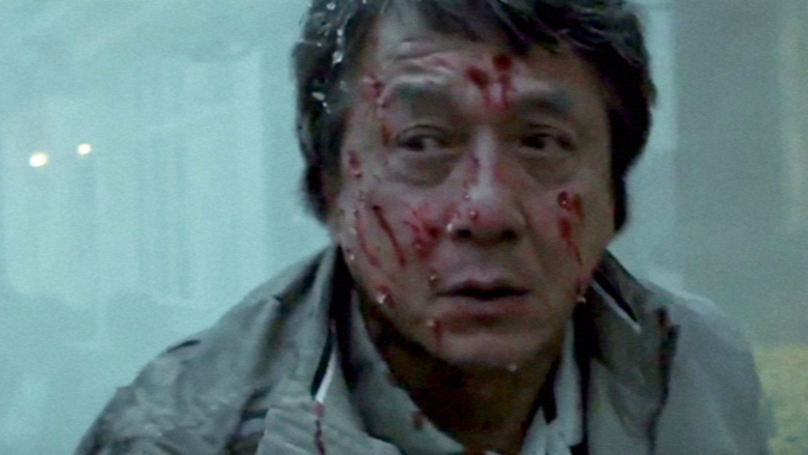 Turning his back on comedy for something a bit more brutal.

Whenever you think of Jackie Chan movies, you normally think of the kung fu master involved in some typically ridiculous comedic situation, kicking ass, taking names and of course doing all his own stunts.

It seems like he’s grown tired of this kind of movie though, as his new flick looks like it’s going to be something completely different in terms of tone, more akin to ‘Taken’ rather than ‘Shanghai Noon’. It’s called ‘The Foreigner’ and follows Jackie’s quest to avenge the murder of his daughter after she’s killed by IRA terrorists led by Pierce Brosnan.

It sounds fucking dark and it looks even more brutal, as Chan finally gets let off the leash. Check out the trailer below:

That bit where he jumped on the ceiling was pretty good eh? This is likely going to be a stupid action movie with Jackie Chan rocking around being a badass and kicking the crap out of everyone in creatively savage ways with a bit of an edge, but we all loved Taken so what’s the matter with that? Nothing at all.

The movie is expected to be released in Autumn, but if you need a kung fu fix before then, check out the Shaolin monks practicing it on the side of a cliff. Epic.