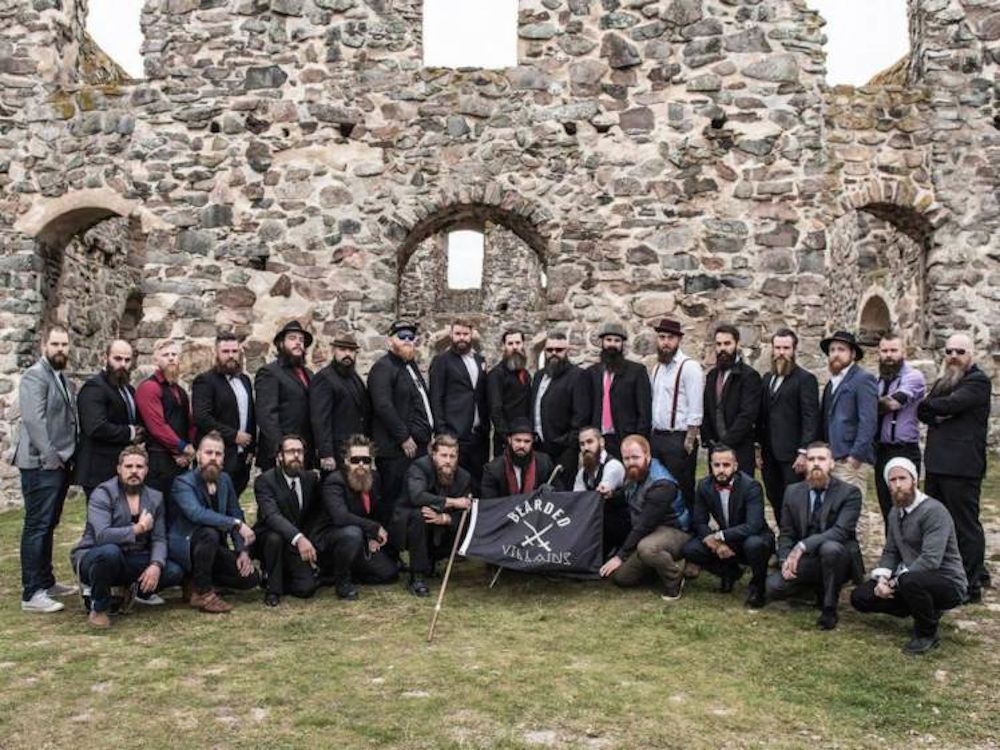 You can never be too careful.

A Swedish dude got really terrified when he saw a bunch of men with beards meeting at an abandoned castle in the city of Braehus on Saturday, and began to brick it even further when he saw that the group were carrying a black and white flag.

Obviously he put two and two together and called the cops as he immediately suspected that a terrorist group like ISIS would obviously hold a secret meeting in an abandoned castle whilst waving their flag around to advertise this fact. I mean it just seems like a no brainer that this is how members of a terrorist organisation would choose to spend their weekend, doesn’t it?

Anyway, the cops went and checked out the gathering and were surprised to find a bunch of grown men with beards hugging each other and taking pictures. No, it wasn’t some kind of weird ISIS ritual but it was actually a meeting of a beard club – known as the Bearded Villains – who had decided to conduct a photoshoot in the ruined castle.

I suppose the confusion came because they had beards and their flag was similar to that of ISIS. I say confusion, but really that’s just someone being bonafide stupid really isn’t it?

Here’s what Andreas Fransson – a member of the Bearded Villains – had to say about it:

After about an hour the police showed up. They told us they got a call from someone driving past on the highway, saying that there were ISIS terrorists at the ruins.

The police saw of course that we weren’t terrorists, just very happy and nice bearded gentlemen.

A close escape I’m sure you’ll agree, although I suppose you can never be too careful when dealing with ISIS, especially after those recent rumours  that they’re thinking about turning themselves into ebola human suicide bombs.