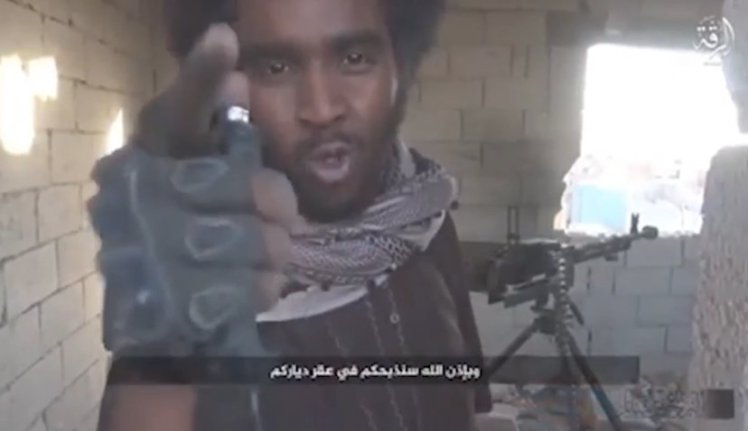 ISIS may have been turfed out of Mosul, but they’re still talking a good game judging by the video below, which sees one fighter threaten Donald Trump and terror attacks on both Turkey and Italy.

The footage is believed to have come out of Raqqa, a city in Syria that ISIS are said to control and view as their ‘new’ capital city after the fall of Mosul. It features the man coming up to the camera and making vague threats about targeting various cities in Europe. The guy clearly talks in a British accent too:

It’s scary the way he turns around and fires his gun out of the window for effect at the end. Should probably be saving his bullets considering everyone is closing in on them, but I guess maybe it’s more important for him to strike the fear of Allah into Donald Trump and the rest of the western world. Not sure if he’s succeeded in that one or not though.

Oh and FYI – the US-backed Syrian Democratic Forces (SDF) are on the verge of seizing the southern neighbourhoods of Raqqa in the next few days, so it doesn’t seem like this guy is going to be making it out of there as a free man. Nice showboating though dude, we’ll see you in prison.

For more ISIS, check out when they recently got trolled by dick pics. That never gets old.