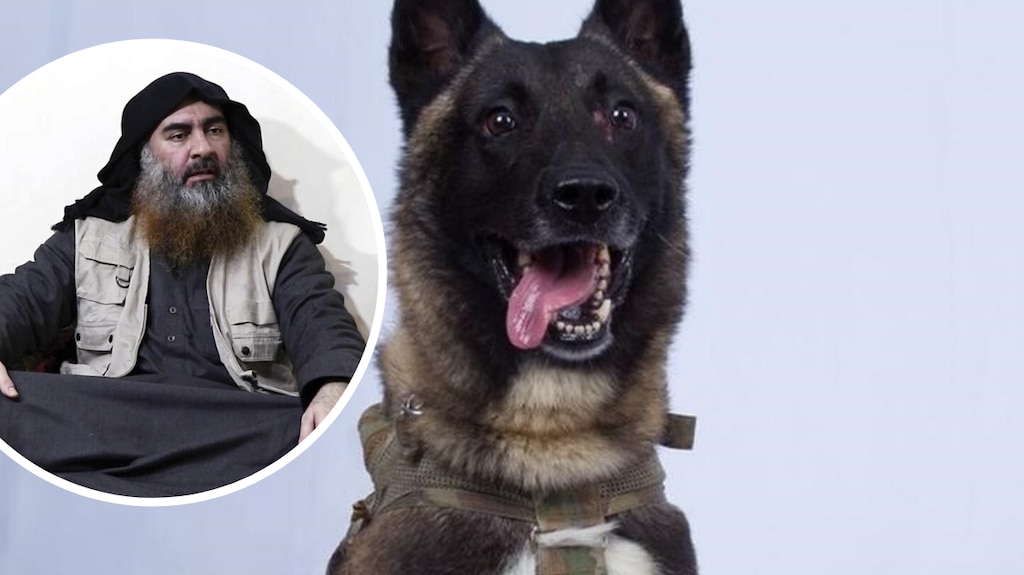 Throw this dog a parade.

As we all know the most wanted man on America’s hit list was taken out this week by US Special Forces. Well among those forces was this extremely good girl who has been making headlines since after it was revealed the dog was injured during the raid.

Thankfully, USA Today has good news on that front:

The military dog credited in the raid that killed Abu Bakr al-Baghdadi has returned to duty after treatment – and presumably treats – after suffering minor wounds in the operation. Army Gen. Mark Milley, chairman of the Joint Chiefs of Staff, refused to release the dog’s name for security reasons. “The dog is still in theatre,” Milley explained to reporters Monday at a Pentagon briefing. The military’s top officer credited the hound’s “tremendous service” and said it (gender wasn’t released, either) was slightly wounded in the operation to take down the leader of ISIS, the terrorist organisation.

We have declassified a picture of the wonderful dog (name not declassified) that did such a GREAT JOB in capturing and killing the Leader of ISIS, Abu Bakr al-Baghdadi! pic.twitter.com/PDMx9nZWvw

Give this dog all the treats in the world and throw her and all the other dogs involved a parade while you’re at it.

It might seem weird that they won’t reveal the name of the Belgian Malinois dog (same breed that was used to hunt Osama bin Laden), and that’s because apparently it can give away information like where the dog was trained and what it’s trained to do.

The sex of the dog wasn’t revealed either but judging from the photo that Trump Tweeted out the dog is a female? I don’t see any cock or balls so pretty sure that’s correct, in which case put that bitch in the dog Hall of Fame right now. What a hero!

For more heroic dogs, get a load of the stray pit bull who got stabbed 5 times saving a woman a knife attack. Spoiler = she adopted him. Beautiful stuff.