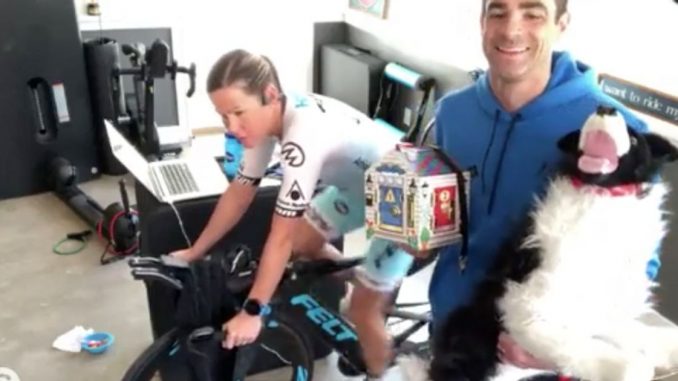 With real life races currently on long-term pause, virtual racing is seeing a big boom as loads of athletes sign up to compete with others around the world.

Great news for people like 3-time Ironman champion Miranda Carfrae, a world-class triathlete who took part in a VR Ironman race on Saturday.

It was all going pretty well too – Miranda was in second place until her moron of a husband waddled into the room and accidentally tripped over the damn wire, pulling the plug out and disconnecting her from the race. An instant disqualification!

What an idiot! You just know Miranda is putting on an act in that video and 100% lost her shit as soon as the plug came out. Probably hasn’t shut up about it since and is just going around reminding him of how he tripped over the plug and blaming him for everything. Tough break when you’re already quarantined together 24/7.

On the bright side at least no one can accuse her of pulling out the plug herself and quitting the race because she was in second place or whatever. Old classic gamer trick.

For the infamous ‘Mountain of Hell’ race that resulted in hundreds of bikers crashing while racing down a glacier, click HERE. Pure carnage.