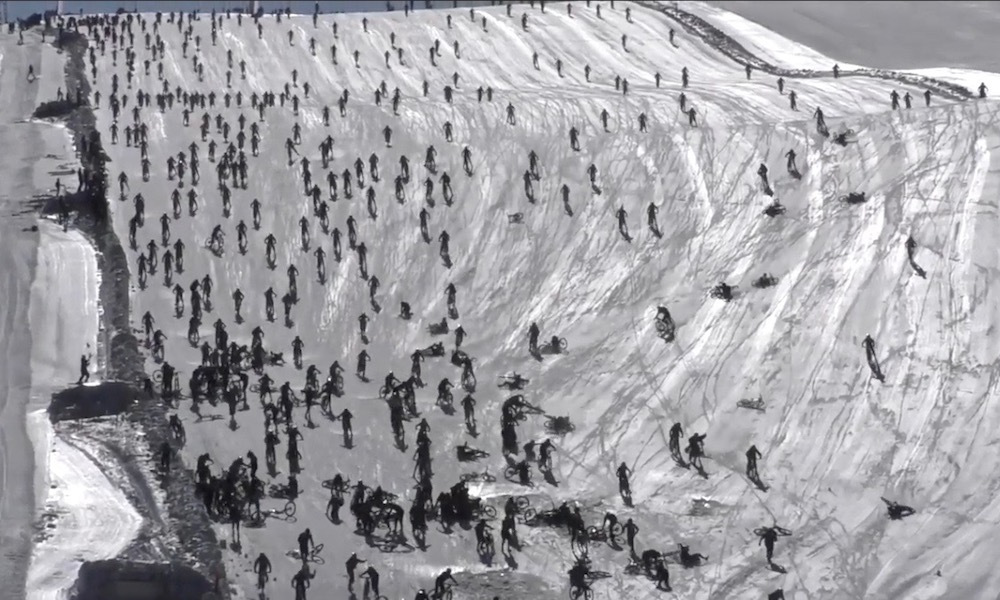 I don’t know whose idea it was to organise a race between hundreds of bikers down a massive glacier, but it went about as well as you’d expect as the ‘Mountain Of Hell’ race kicked off in the French Alps this week.

You would think every biker knows that rubber bike tyres + vertical ice = recipe for disaster. But I guess that was the plan considering the name of the event. As soon as the first crash happens, it’s pure carnage from there:

Here’s some POV footage as well from one of the bikers:

What the hell did they think was going to happen? It’s tough enough riding a bike down a glacier when you’re on your own, let alone with 700 other people around you all trying to do the same thing. This lot basically all signed up to get in a giant multi-bike crash.

There was one winner though, believe it or not; Kilian Bron who reportedly clocked speeds of 77mph (125km/h) going down the glacier came in first place. Congrats to him.

For the awesome video in which a cyclist randomly finds himself riding through an illegal rave in the woods, click HERE.