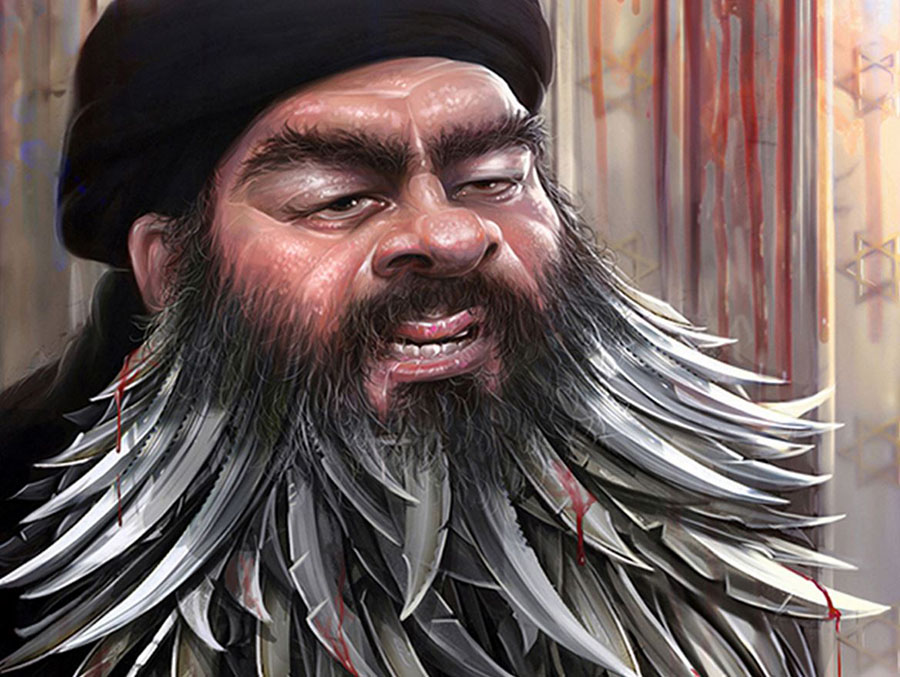 This could get out of control.

If there’s one thing the Charlie Hebdo attacks were supposed to teach us, it’s that mocking fanatical religious groups via cartoons isn’t the greatest idea. Still that hasn’t stopped Iran from launching a worldwide anti-ISIS cartoon competiton, inviting people to send in their drawings and animations mocking the militant group. The best works will be displayed at four cultural centres across Tehran and the winner announced on 31 May (better get cracking then).

So far 280 works have been chosen from 800 submissions — here are some examples: 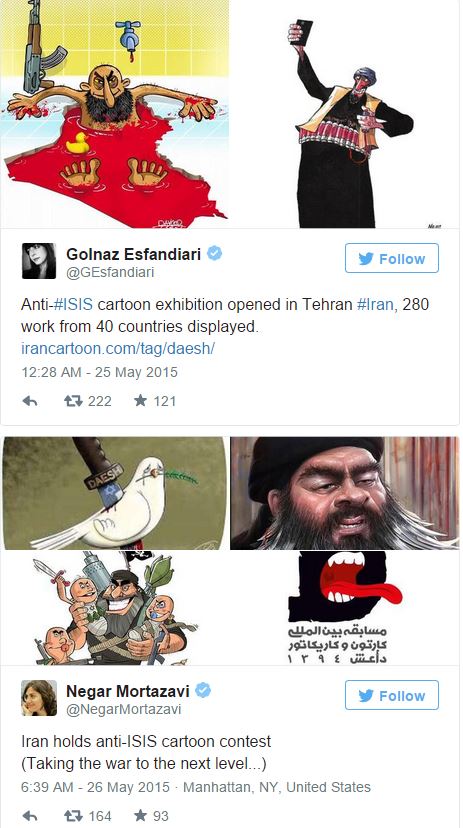 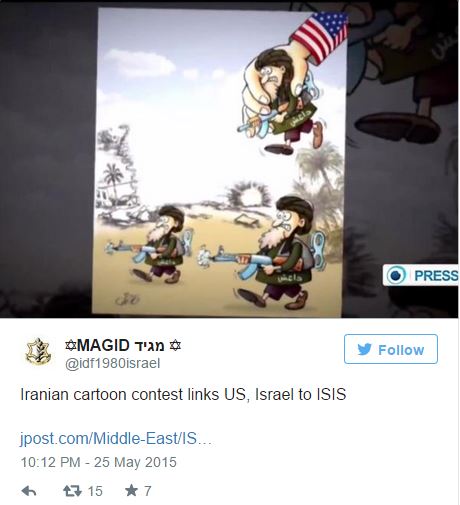 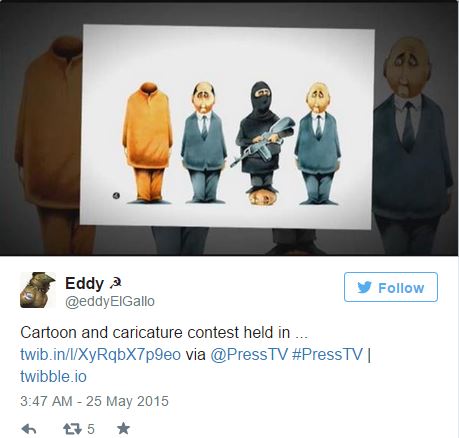 Mohammad Habibi, the executive secretary of the contest, said:

Nowadays everyone around the world knows about the parasite by the name of Isis and what crimes they have committed against humanity and art and culture. Artists now have the duty to raise public awareness about this group by participating in such events.

(I want to) reveal the true nature of Daesh (the Persian name for Isis. Daesh tries to associate itself with Islam but in essence it has no idea about Islam.

Let’s hope the Japanese get involved — their ISIS photoshop jobs a few months ago were A+ troll material.