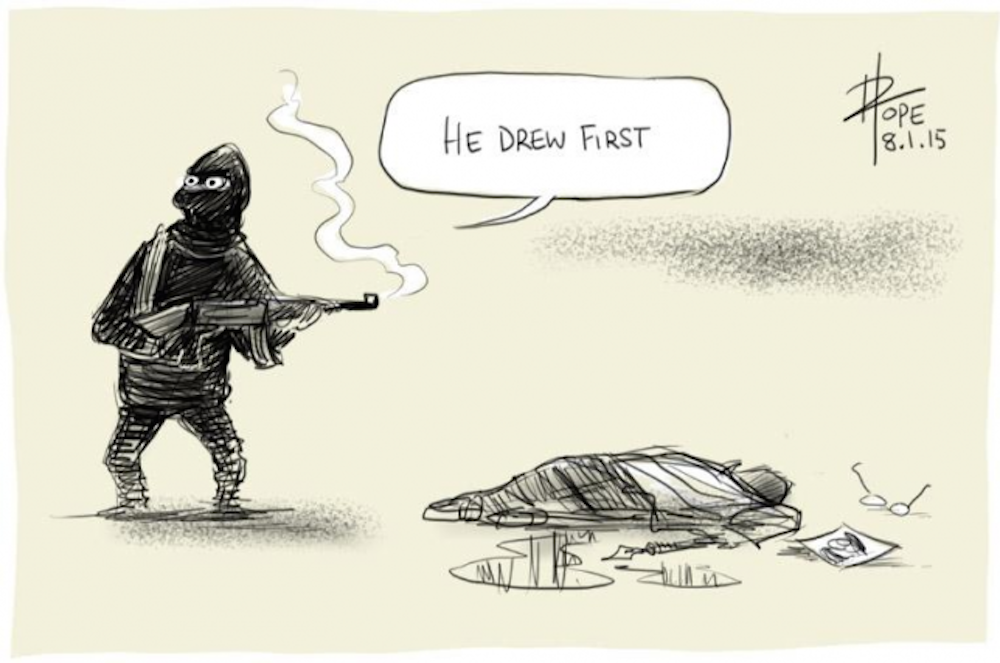 You probably heard yesterday about the awful attack on the Charlie Hebdo satirical magazine over in France which left 12 people dead. Although some people did leave disgusting messages of support for the terrorists on Twitter, most people were outraged by the incident and understandably so.

The attack occurred because of the publication featuring a cartoon that depicted the Prophet Muhammad in a less than flattering sense. Most people got it – hey it’s a satire right? – but unfortunately a bunch of extremists took it upon themselves to avenge their creator and go and kill a bunch of innocent people because of it. Idiots.

Despite this though, the world’s cartoonists and illustrators are refusing to lie down and have come up with support for Charlie Hebdo and the victims in the best way possible – with their own illustrations. Here are 25 of the best – David Pope from The Canberra Times in Australia did the one you see above.

Use your arrow keys to scroll through the collection: 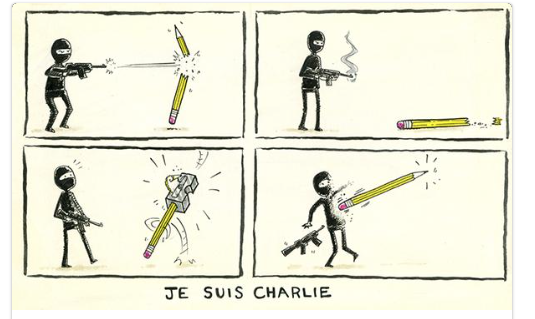