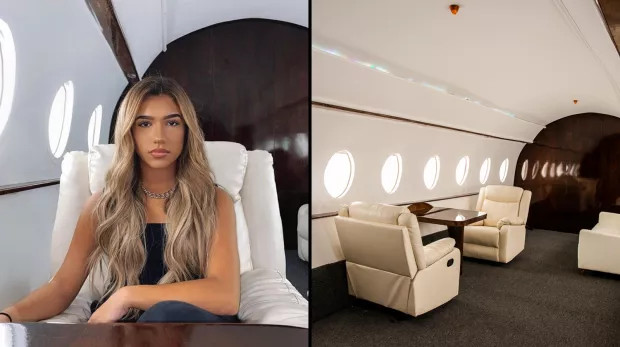 This is just sad.

A whole bunch of influencers over in the States have been exposed for renting a studio in LA made to look like a private jet for their Instagram photos:

Why make it when you can just fake itpic.twitter.com/6tQiikidVr

Turns out it only costs $64 an hour for a photoshoot in this fake private jet studio.

This influencer even captions her photo ‘next stop’ and has a whole bunch of people kissing her “jet-setting” butt in the comments:

Have to respect the fact she’s kept the photo up even after being exposed, but she’s now turned off the comments. Wonder why?

Poor Melissa here has had her ‘reality shaken’ by the fact that everything on Instagram is fake:

Nahhhhh I just found out LA ig girlies are using studio sets that look like private jets for their Instagram pics. It’s crazy that anything you’re looking at could be fake. The setting, the clothes, the body… idk it just kinda of shakes my reality a bit lol. pic.twitter.com/u0RsOnyEEk

In fairness, I always thought these IG influencers were using the private jets of 58-year-old Saudi billionaires who they let pee on them in exchange for gifts, but turns out the truth is relatively underwhelming – they’re just renting fake jet studios in LA for $64 an hour to make it look like they lead amazing lives. Classic style over substance which is what being a social media influencer is all about I guess. Like I said – sad!

For the girl who exposed her influencer sister for posting fake hiking photos in their back garden, click HERE. Cheers sis!