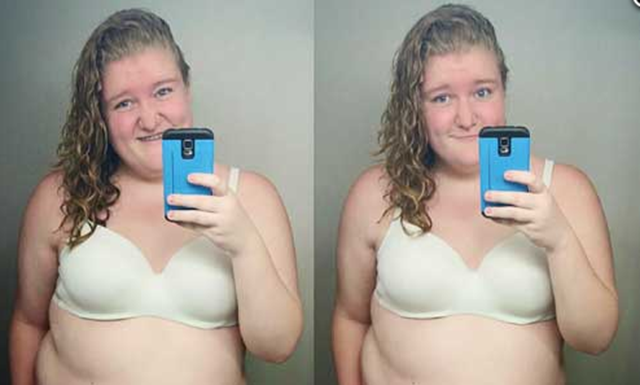 A student from Ohio wants to discuss body image on social media after she says Instagram deleted her account for “violating community guidelines”, even though all she did was post a photo of herself in a bra and shorts (which is what pretty much 99% of people on Instagram do all the time).

Fat is not a bad word. How confident can you be if you keep censoring yourself because people don’t want to look at you?

Samm Newman had previously kicked off a ‘body positivity movement’ on the social media site where she and a group of other bigger ladies used hash tags like #bodylove and #pizzasister4lyfe whenever they uploaded photos of themselves.

So what’s Instagram playing at here? Were they worried the #pizzasister movement would completely take over Instagram? Do they feel they have a reputation to uphold? Did they sneakily delete this girl’s account because she’s fat? Because it kind of looks like that’s 100% the reason.