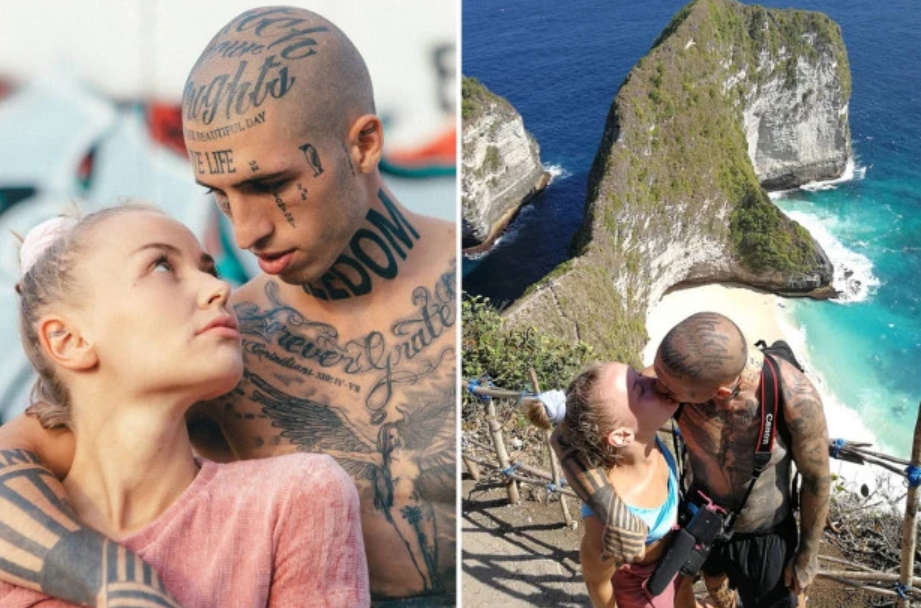 They want to do some “soul work”.

Remember the Instagram couple who refused to get jobs and instead asked the internet to fund their trips around the world?

You’re not going to believe this, but the fundraiser didn’t go too well: 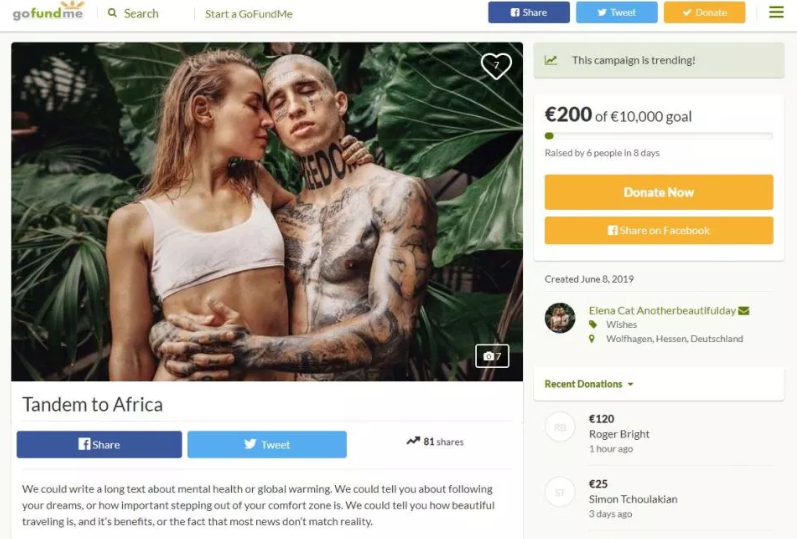 Following the backlash, with hundreds of people essentially telling the pair to “get a job”, Catalin Onc and Elena Engelhardt have decided to step away from social media to “do some soul work.”

Which is pretty funny considering this dumb tattoo Catalin has on his face:

All this time, Catalin’s mum was working two jobs to support him and his girlfriend on their travels, but since she couldn’t afford it any longer the pair turned to the internet for help, even asking for money “towards the bike and gear, food and accommodation” as well as internet and SIM cards to keep their following in the loop. How cheeky can you get?

Here are some more photos of them just to piss you off:

Serves as another reminder that no matter how much that person on Facebook/Instagram seems like they’re crushing life, you never know what financial or personal problems people have got going on.

I mean imagine travelling the globe for Instagram likes while your mum works two jobs to support you and your girlfriend. This guy Catalin needs to fix up sharpish, although it probably would have been a good idea to do that before he got his face covered in ridiculous tats.

It’s not all bad news though – here’s our rundown on 5 reasons why being unemployed is actually a good thing.