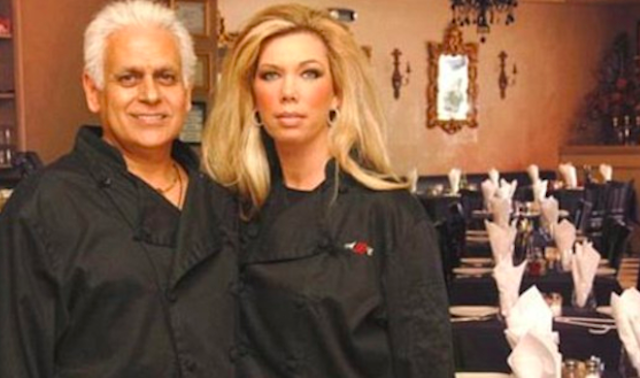 As if these two could get any worse.

You might remember these two from the biggest social media meltdown in history (if you don’t you need to check that out right now) and it turns out that they haven’t got any better since the last time we saw them.

In the episode of Ramsay’s Kitchen Nightmares, Samy and Amy were pretty much completely mental, to the point where Gordon Ramsay actually gave up on helping them – something that has never happened in the history of Kitchen Nightmares before that. You might think that this would cause them to do some self reflection and maybe change their ways but it doesn’t seem like their experience has done anything for them at all judging by this clip.

In it you can see Samy chasing a customer out of the restaurant with what looks like a knife (although they’re trying to say that it was a pen – bullshit) in a pretty insane exchange. Apparently the man was drunk and being kind of belligerent (this has been confirmed by witnesses) but it’s also being said that he calmed down and was willing to leave peacefully so there wasn’t really any reason to chase him with a knife.

In fact there’s never really any reason to chase anyone with a knife is there? The dude should have been thankful that it wasn’t an apocalypse knife because that shit can cut through anything without even breaking a sweat.