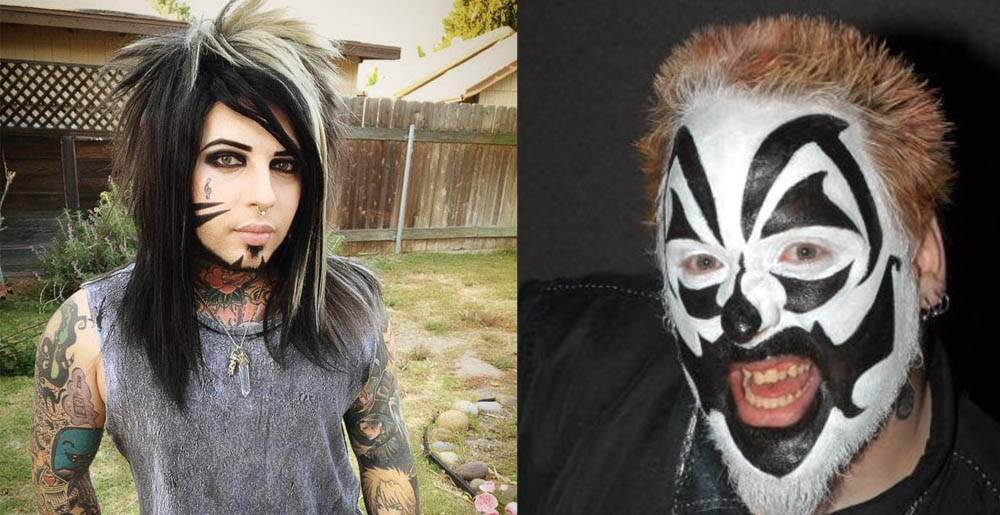 The Insane Clown Posse have long been derided in music circles for their immature and silly rap music and the type of people that audience that they have attracted over the decades at events like Gathering Of The Juggalos, but I feel like there’s been a slight shift in the past few years as people have started to realise maybe they’re not as lame as everyone thinks.

This latest post from them is bound to turn some heads though as they’ve identified a guy called Dhavie Vanity – who used to sing in an emo band called Blood On The Dance Floor – as a paedophile and told all their juggalo followers to look out for him and beat him down if they see him. Check out the full post below:

Wow, that’s quite the call to arms isn’t it? For what it’s worth, I think that there is a plethora of evidence against this Dhavie Vanity guy from a number of different sources and it does sound that he’s quite a problematic character – to put it lightly – but even so it’s pretty outrageous for ICP to put up something like this as it’s akin to ordering a hit on the guy given how loyal and crazy their following is.

Sounds like he deserves it though so I doubt anyone will be losing too much sleep over it if anything does happen to the guy. Stay tuned I guess.

For more of the same, check out this story about a guy at Gathering Of The Juggalos cutting his nipple off for $100. Told you they were crazy.