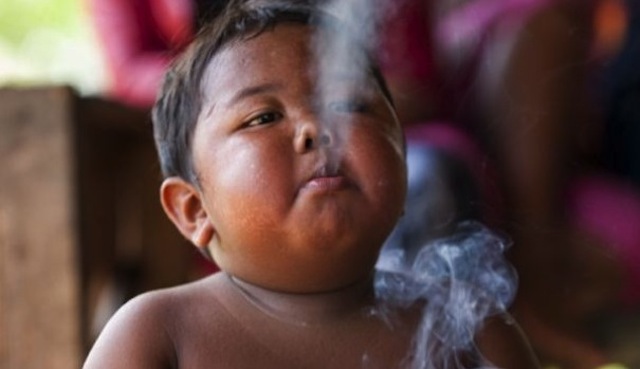 Remember this little guy? Aldi Rizal hit the big time in 2010 when he was pictured chain-smoking cigarettes at just two-years-old. Three years later, Aldi has kicked the habit but has developed a brand new addiction altogether — food.

Which is still bad but perhaps not as bad as smoking 2 packets of cigarettes a day at 2-years-old. At least the cigarette habit was kind of funny — not the situation itself obviously but just the visual of this kid not only crushing 40 a day but also pulling off some cool cigarette tricks; the twirl between the fingers, the smoke rings, he even figured out that he could light one cigarette with the end of another — non-stop chain smoking with not even a rest between.

So now his mum’s put him through rehab and thankfully he’s quit smoking but now there’s a fresh challenge in keeping the little fucker away from the fridge. Suppose it’s better to be the fat kid’s mum than the mum who lets her 2-year-old smoke?

Here’s a recent pic of Aldi — are we sure he hasn’t moved onto the powder? 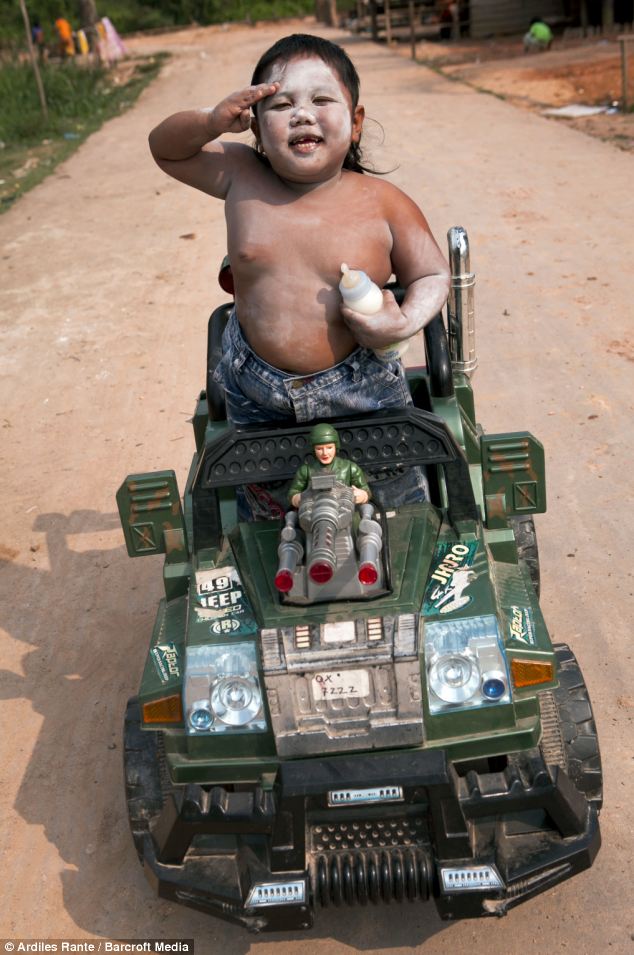