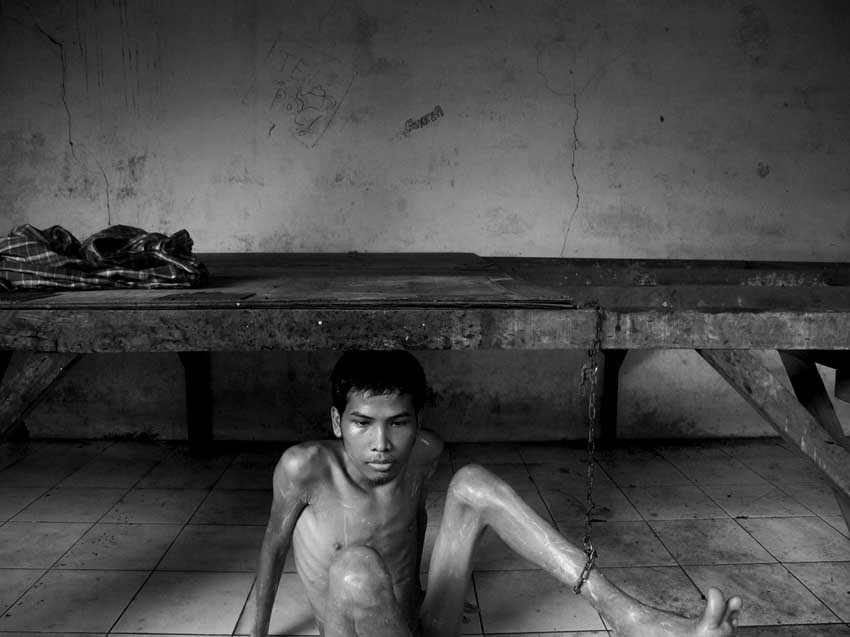 The psychiatric hospitals of Indonesia are about as depressing as they come.

Mental health is still taboo in many countries (including our own to a lesser extent). Rather than being tackled as a treatable condition mental illness is often considered a curse or a demonic possession. Families reject their loved ones and ill-equipped institutions pick up the slack.

We covered a disturbing photo set from an Iranian psychiatric unit a while back, but Iran is certainly not alone in the mistreatment of their mentally ill population. Another country where psychiatric illness is still treated as it was in medieval Europe is Indonesia. The following disturbing selection of photographs comes from the lens of Dimitri Pilalis, a Brazilian photographer who visited the Yayasan Galuh centre, located in Bekasi on the outskirts of Jakarta, Indonesia.

Dr. Irmansyah, a senior psychiatrist at Marzoeki Mahdi Mental Hospital and the former director of mental health at Indonesia’s Ministry of Health says:

I am not happy with the condition of our mental hospitals The resources and facilities are not adequate. It is easy to find wards occupied by more than 40 patients… There are only one or two nurses working during the night shift and most of the nurses didn’t get enough, or any, formal training in mental health… Some hospitals only have one or two psychiatrists for 100-300 beds.

And it’s not just the underfunded nature of the system that is a problem. Mental illness is so poorly understood in Asia that the techniques used to “help” are in fact making things worse. For instance, if a patient has an episode at the Yayasan Galuh centre, the staff bring out a four-metre python to shock the inmates into submission. Further damaging their already fragile state of mind. 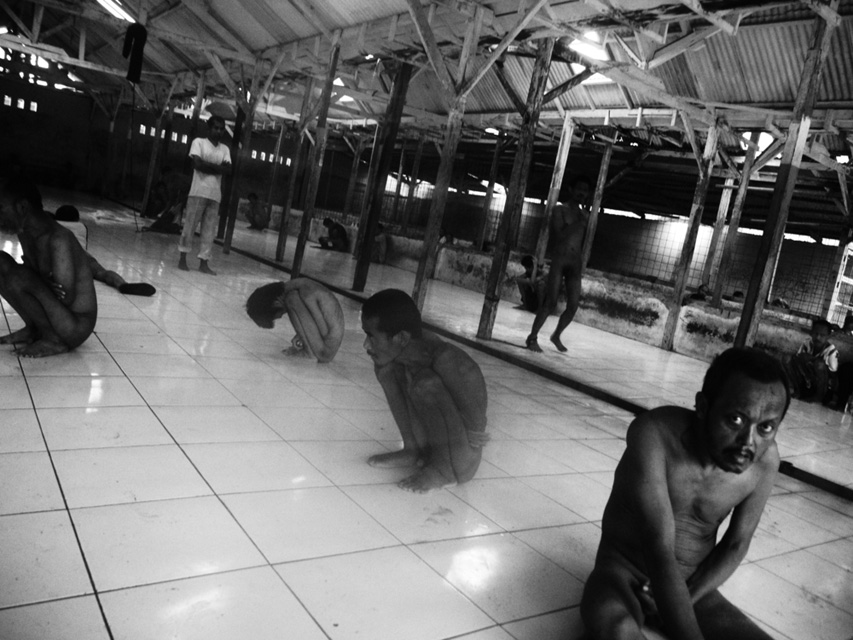 Open sewers run freely inside and outside of the building, patients are often shackled to the walls of tiny cells for hours at a time. Patients who are particularly unruly can find themselves chained up for indefinite periods of time. ‘Prisoner’ is a better description than ‘patient’.

The mental health sector gets such a small cut of the government health budget – 1%, compared to 10% in the UK, which many believe still isn’t enough. This low spend means there is no training for the staff at these institutions and no money to spend on raising awareness within the wider population.

Sometimes people who aren’t even mentally ill end up in these hell holes because they struggle with communication, maybe they are simply homeless or deaf. They find themselves locked away with little hope of ever seeing freedom again. Because the people who work in these institutions don’t know what they are doing and because the population of Indonesia aren’t taught about mental illness, no one knows and no one cares that this is going on.

Take a look at these bleak and depressingly intimate photos over the following slides (click arrows/ slide on mobile – viewer discretion advised) : 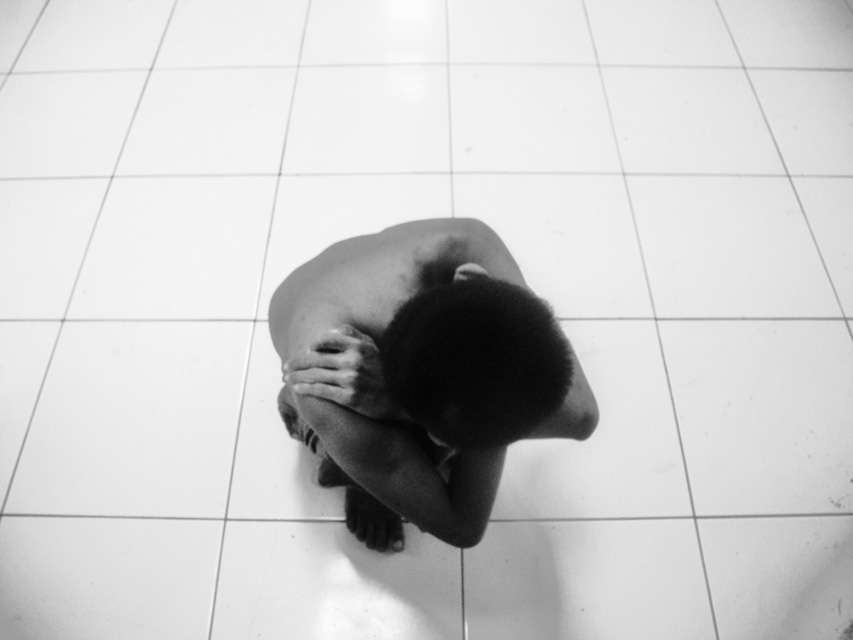