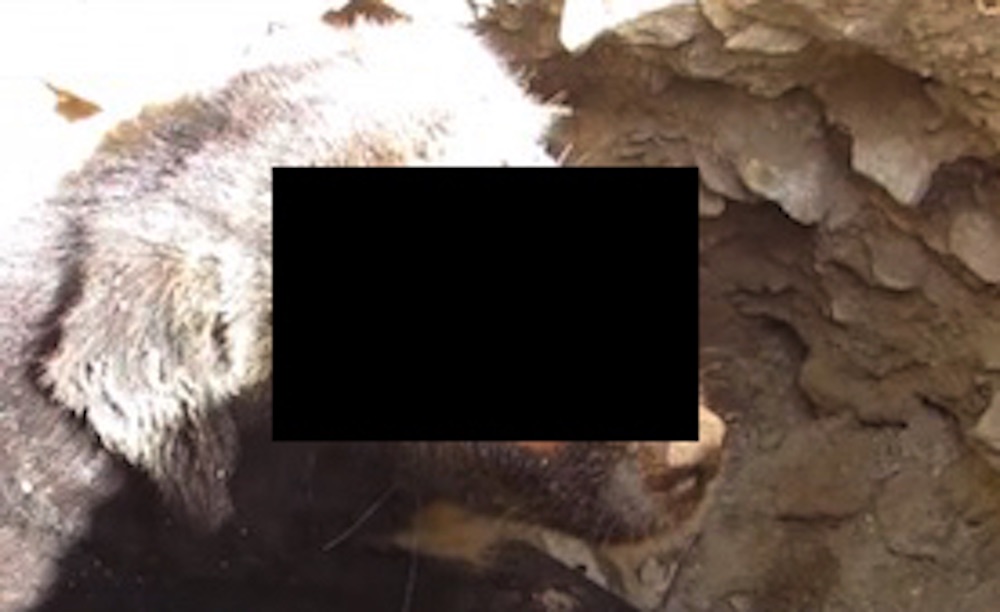 WARNING – this is very graphic and upsetting.

Getting your face chewed off by maggots – or any part of your body – must be one of the rankest, most painful and downright awful things that could ever happen to any living creature.

This upsetting video details the story of an Indian street dog named Kalu who literally has his whole face chewed off by maggots. If you don’t want to see what that looks like then don’t watch this video, seriously.

He had crawled into a hole in a construction site to slowly die when he was discovered by Animal Aid Unlimited in India. Miraculously, they were able to rescue him and help him, and he was able to grow a new face. That’s the inspiring part of the video but seriously, the first part is just upsetting and enough to make you go distraught.

Geez. That is some harrowing stuff right there. I had to stop the video about three times because it was making me so upset and yeah I was welling up at the end too. You’ve got to hand it to Kala for having the spirit to pull through and the guys that rescued him and sorted him out too. Maybe throw some bones their way.

But after that I never ever ever want to have maggots to have anything to do with me or anyone or anything I know. Absolute fuckers. Need any more convincing? Watch this video of 65 flesh eating maggots getting removed from a dude’s nose. Yuck.