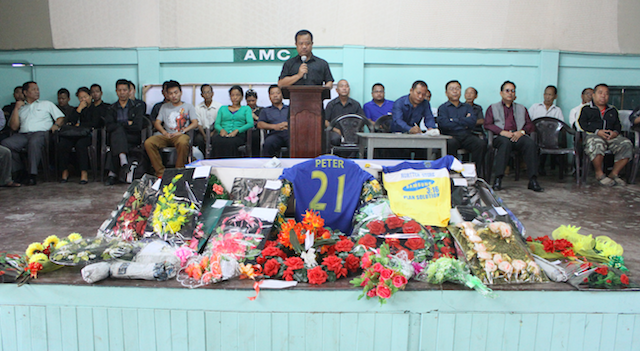 Be careful when celebrating.

Goal celebrations are a thing of beauty – check out some of the top Premier League goal celebrations if you need convincing – but sometimes they turn deadly like in this story, so our best advice with them is to be creative sure but don’t try and pull something off that you can’t actually do.

That’s exactly what this 23 year old player called Peter Biaksangzuala in the Indian Premier League tried to do last weekend and it’s unfortunately resulted in his death. After scoring for his team Bethlehem Vengthlang against Chanmare West FC, Peter tried to do one of those somersault celebration made famous by the likes of Obafemi Martins and Miroslav Klose.

He majorly messed it up though and fell on his neck on one of the flips, massively damaging his spinal cord. He was rushed to the hospital and spent five days hooked up to life support but he wasn’t able to hold on and lost his life early on Saturday morning. Sad – although probably no less sad than the stories of these 7 footballers who also lost their lives playing the beautiful game.