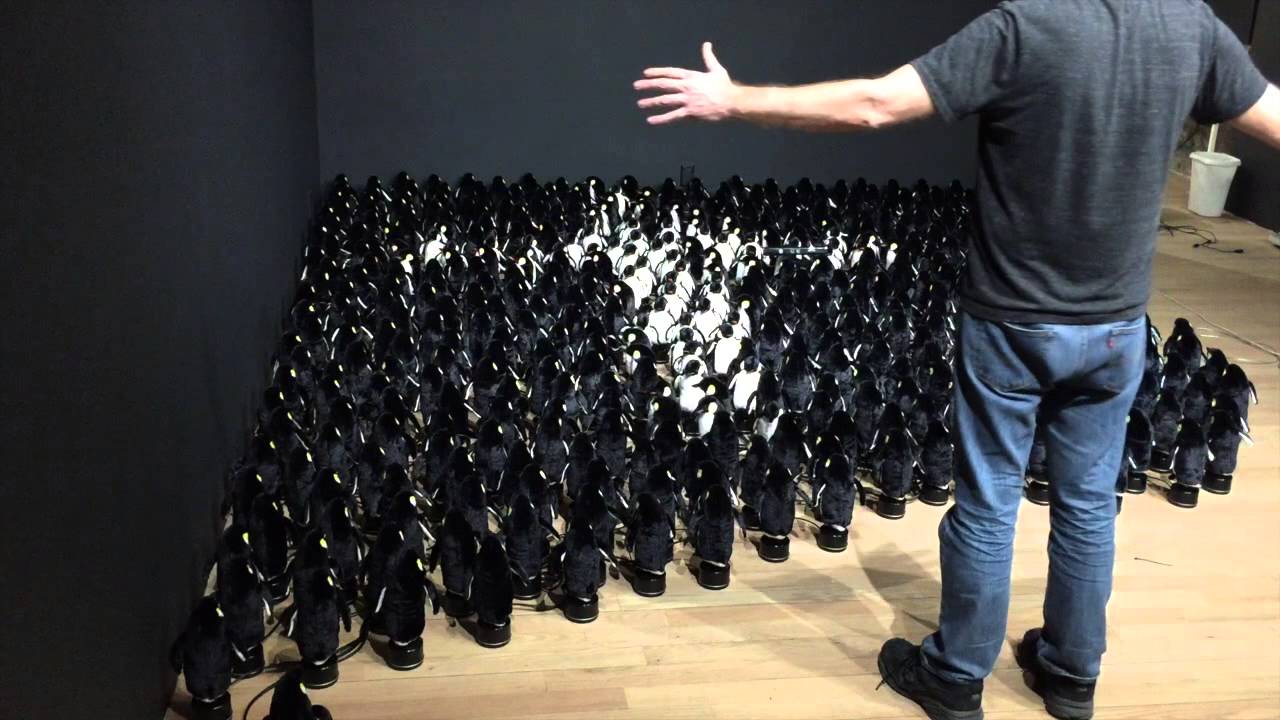 WTF is a penguins mirror? Exactly. Have a look at this.

“Penguins mirror?” WTF is a penguins mirror? Fair question. Basically, some guys have got a bunch of mechanical penguins together and… well… it’s kind of hard to explain, but they rotate when you walk past and sort of cast your shadow…

Sorry, I can’t even be arsed to try and talk you through it. It’s called Penguins Mirror and it was made by Daniel Rozin. Here’s a video that shows how they did it. It is amazing to be quite frank with you. It’s fairly pointless I suppose, but there’s nothing wrong with a bit of pointlessness now and again:

See what I mean? It’s pretty tricky to explain in words unless you’ve already seen it. Cool idea though, how would you even come up with an idea like that? It’s doing it a disservice to call it ‘random’, it is way beyond random. Mechanical penguins casting shadows? There’s been some sideways thinking going on there, that’s for sure.

Here’s another video they made:

It’s incredibly satisfying for some reason. Although not quite as satisfying as finding out that Katie Hopkins is being investigated by the police for inciting racial hatred. Nothing can beat that.