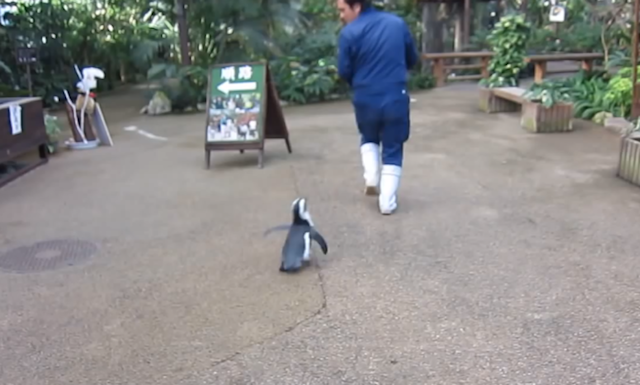 This ‘cute’ penguin is a pathetic, clingy little bastard.

Footage of a pathetic baby penguin scuttling after its keeper at a Japanese zoo has quickly gone viral, having already amassed nearly two million YouTube views. This is sure to delight the “adorable” penguin, who is undoubtedly an attention-seeking little shit.

In what is clearly a cynical marketing ploy designed to promote itself to ‘star attraction’, the baby penguin relentlessly chases after the (noticeably uncomfortable) zookeeper. Though a vocal minority find this calculating beast charming, the majority of viewers are rightly repulsed by its contemptible clinginess.

Officials have neither confirmed or denied whether the penguin is a registered sex offender. We can only speculate.

Check out the video below to see the wretched creature in action.