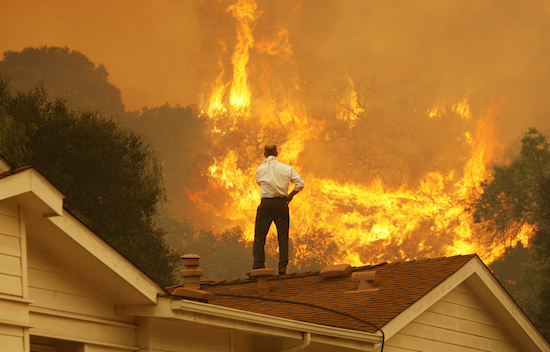 Climate change will be the death us.

Back when Al Gore was campaigning for the Presidency, he made climate change one of his most important policy points and he continues to champion it following his failure to be elected.

This resulted in the Oscar winning movie ‘An Inconvenient Truth’ in 2006, which followed his mission to try and educate the global populace about the problems of global warming. Since the release of the movie, Gore hasn’t stopped campaigning and now this has resulted in a sequel to the original movie, fittingly titled ‘An Inconvenient Sequel’.

The trailer makes it look more intense than most of the action movies coming out this year:

Geez right? The thing is that this is so intense because it is actually important, especially with the recent legislation that Trump has signed which pretty much destroys all the work that Obama did regarding climate change and greenhouse gases. What an absolute moron.

There are positives from the trailer in the increase in renewable energy sources though so there is that at least. Let’s hope that the release of this movie has some impact on the world and in ten years time we’re talking about all the great strides that have been made against global warming, rather than how one man was a complete idiot and undermined it all. Not looking too good at the moment but here’s hoping.

For more global warming, check out how London might end up looking if we keep heading the way we’re going. Not good.