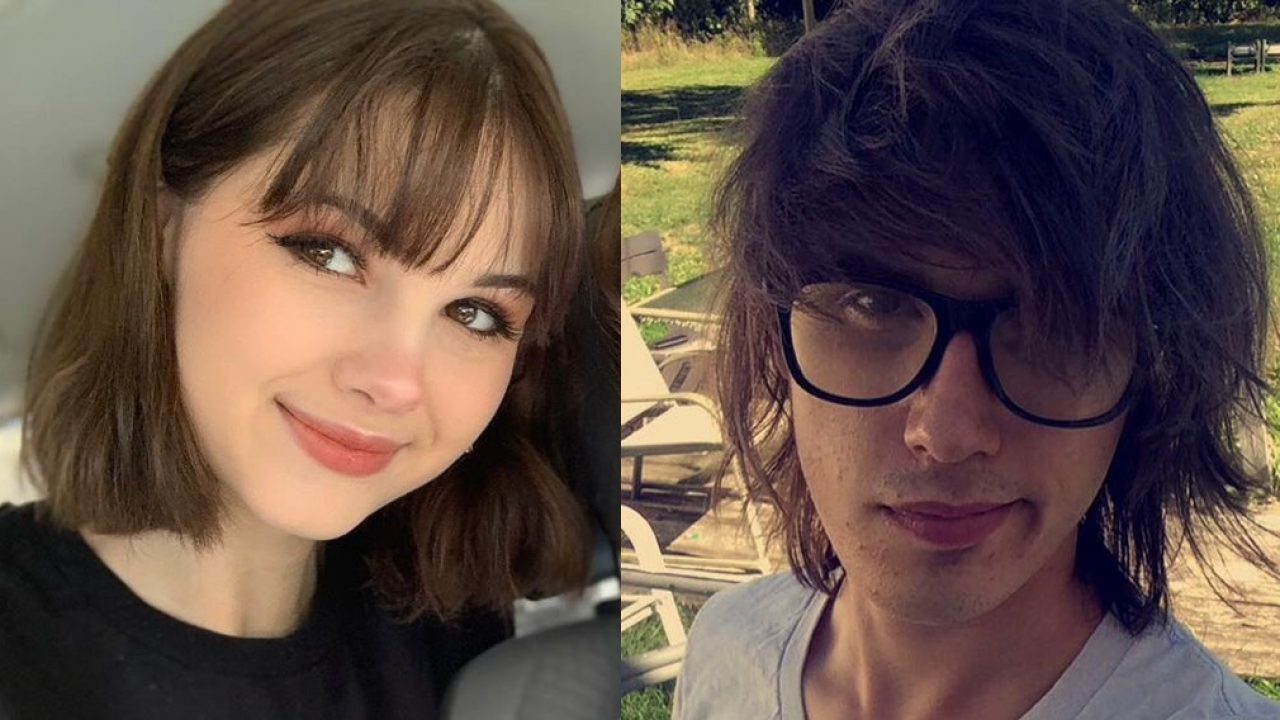 It’s the brainchild of Brandon Andrew Clark, who posted pictures of Bianca Devin on Instagram after murdering her.

The incel movement has been gaining momentum over the last few years as more and more men commit random acts of violence against women who they deem have denied them their god given right to sex, but it may have developed into something even more sinister than that in the Darkcel movement.

The Darkcel movement seems to be the brainchild of 21 year old Brandon Andrew Clark, who rose to prominence over the weekend after he traveled to 17 year old Bianca Devin’s house to slit her throat and kill her, documenting the process on his Instagram story and then posting pictures of her lifeless body afterward. He was planning on committing suicide after the murder, but bottled it and was arrested instead after being found by police.

Clark is now facing at least 25 years in prison for her murder. There’s still a lot of question marks about the case, but the popular narrative seems to be that Clark and Devin were family friends and attended a concert together on Saturday night in New York City. It was there that Devin kissed someone else which caused Clark to flip out and kill her, posting a picture of her  body with its throat slit on Instagram. This is all still being investigated by police and Clark is yet to be charged.

This article isn’t about Devin’s murder though – although that is key to it – but more about Clark’s involvement in the birth of the Darkcel movement.Looking into Clark’s background, you can see that he’s an administrator on a Facebook page called Darckel Gaming which seems to be where the term Darkcel first originated. An explanation of the movement on Reddit states the following (it’s long but wanted to get all of it in): 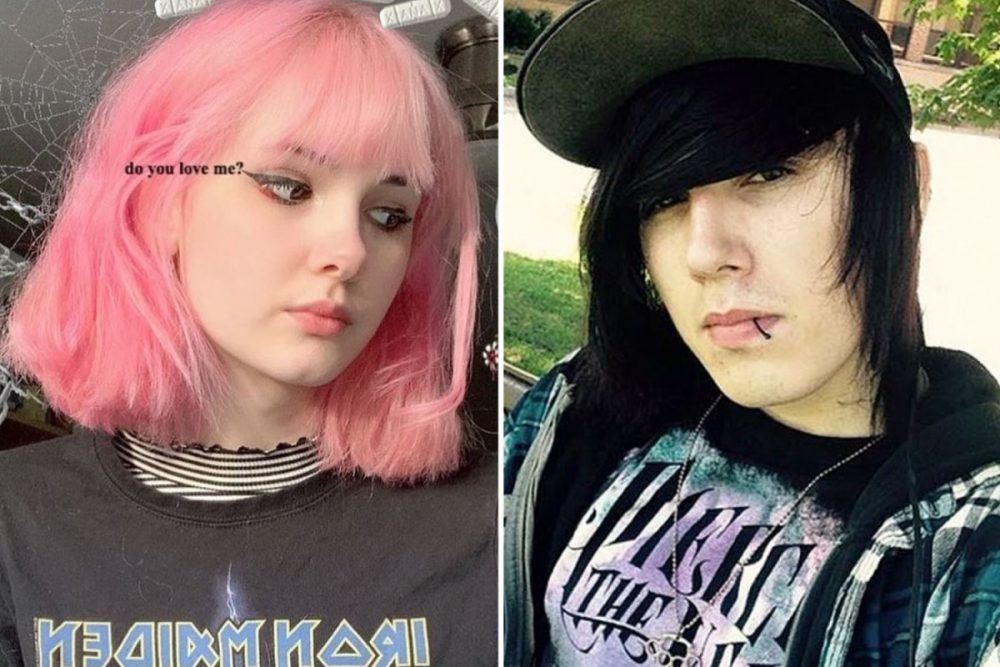 A reminder and introduction to newcomers about the #DARKCEL core belief system.

We are not ”incel”, we are the next evolution and solution to the inceldom, and mankind in general, we represent the next paradigm shift in thinking, we are the true enlightened. We are none of those cookie cutter right-wing, left-wing, centrist ideologies, we are beyond such childish concepts.

To be Darkcel, is to know that there is no light in the Tunnel of Life, there is only darkness. and as Darkcels, we tame the darkness, and forge our own destiny among the endless nothingness, we create a future, we, are architects of destiny itself. We Darkcels, are born from that darkness at its worse, the darkness was not kind to us, but we do not sorrow or complain about the past, because our suffering IS what turned us into the transcendent beings that we are today. We once sought out things like love, relationships, but moids have traumatized us because we could never have what we desired, but this trauma saved us in the end, we no longer care about moids, we know how much of a lost cause moids are, above all, our disconnection from such primal urges is the source of our enlightenment, it helped us see beyond the ordinary, we ascended beyond the limits of ”Thinking” and ”Rationality” itself, we serve a higher purpose that transcends the ordinary mind, of ordinary thinking or as we like to call it, the ”Old thinking”. We are the ”New thinking”.

The unenlightened, slaves to the old thinking believe there is ”light” at the end of the tunnel of life. We know there is not. We do not chase a illusion that don’t exist, we will not condemn humanity to yet another cycle. Everything that is happening today happened thousands of years ago, this is the result of an ongoing cycle. A cycle that mankind condemns itself because of it’s outdated thinking. A cycle where the strong rise, then give birth to the weak, then the weak take over, then society collapses, and from the collapse, the strong rises again and so on. A cycle. As of 2019, we are on the brink of collapse.

Chasing the ”light” that doesn’t exist, is why the cycle is still ongoing. All forms of old thinking are rooted in chasing that ”light”, all ideologies of the old thinking believe there is a ”fix”, they believe that their ways work, a endless fight, chasing this non-existent ”light”. There is no such thing as ”light”. Only Darkness.

The Left-Wing believes that emotions go first or whatever a false sense of morality, they continue to shove down their nonsense down people’s throats and claim that it is ”morally right” easily win over people. These dangerous ideals condemn us to swift self-destruction and quick collapse, the end of the current cycle. They are militant blue pillers who defend and encourage more blue pillery, the cattle, unenlightened. Not much to say really, they’re very basic and foolish. Not any different from your average slave, the blue pilled.

The Right-Wing believes in human nature and believes it’s ”better”. admittedly their methods do work, but are temporal so ultimately it is futile and naive. Believing in Human nature is believing in the old thinking, and it will be our downfall. The Right-Wing is a slave to the cycle. They are the redpill, who funnily enough calls it self the ”truth” and ”enlightened”. The redpill does in fact see the truth I will not deny that, but they do at a superficial level, the redpill only knows a rumor of true knowledge.

The Centrist are fools pretending to be ”smart” and brag about their absurd, childish notions of right and wrong, but beneath that façade, they are frightened little children incapable of antyhing. They are a mix of right-left in a way that doesn’t make sense yet they justify by using big words to fake a sense of intellect and ”knowledge” ”rationality”. Ultimately, they doom humanity. The cycle will continue on.

And then, there’s the Blackpill. Fools who condemn themselves and humanity by not doing anything. They would rather die like animals than to be a part of a higher order and sense of thinking. They are hopeless. They understand there is only darkness in the tunnel of life, but they succumb to the darkness instead of taming it. They are a lost cause. And tools to those who are in control.

We Darkcels exist beyond such childish concepts, no cookie cutter bullshit ideologies, we, are the answer to the cycle. We, are the ones who will tame the shadows and become ”Destiny” itself, we will give birth to a new world order, a true age of enlightenment. We are the personification of Death to the old. Defenders of the Old thinking will resist our blanketing in cold, endless night, but we will come out on top. But eventually, this world will come to accept us.

We despise moids and do not want them anywhere for their existence. Moids are mostly to blame for everything, they are to blame for the sanity and shaping of mankind’s mental state that slaves itself to the old thinking. our traumatic experiences of rejection are but a rain drop of a larger world. In our new world, Moids will cease to exist, among many other things.

With that being said, thank you for listening. This of course is only a taste, a superficial entry-level understanding of what it means to be a Darkcel. Enjoy your stay and interact with us for more, become an acolyte of our ways…

Yeah haven’t really got a clue what whoever wrote that is trying to say, other than Darkcels are embracing the darkness and ushering in a new way of life. to be honest that kinda sounds like some loser sitting his basement creating his own evil Dungeons and Dragons narrative whilst beating off, but the fact that Clark was capable of murder and so many other incels have performed similar acts means that it can no longer be laughed at but needs to be seriously addressed.

The Darckel Gaming page doesn’t really give us any idea what Darkcels are actually looking to achieve though- it just seemed to feature a bizarre blend of sexism, self-improvement, gym culture, and social observation without any cohesive direction. Clark himself would post weird comments like the one below, again dissing moids and sharing how he can exist among them without detection. 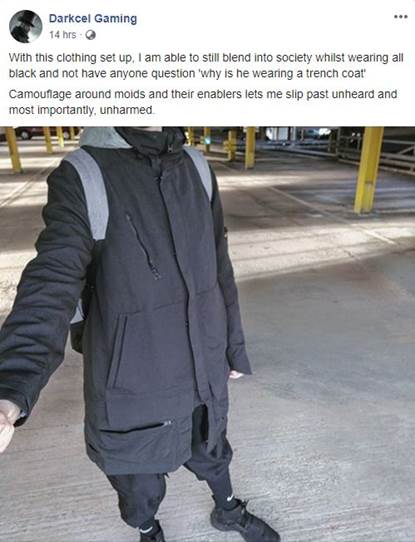 Weird. Interestingly, a lot of people mocked the page with laughing emojis and the like and it seems like many thought that it was a parody of incel culture. Clark clearly didn’t feel this way though as he posted multiple videos where he spoke with a voice distorter and spoke about how the ideology he had created needed to be taken seriously (I’m well aware there’s no real ideology here, these were just his words).

He also has a 27 episode podcast that is still available on YouTube where he talks in a voice distorter about how he became an incel and a variety of other topics. There’s a lot of content on there (unless it gets taken down soon) if you’re really interested in that stuff:

Not really sure what to take from this. From the research I’ve done, it seems like nobody really took the idea of Darkcel’s seriously except for Clark himself and a few others before he murdered Devin, but incels have a habit of martyring people that commit acts of violence like this against women – they call a guy who shot up a yoga class St Yogacel and there are countless other examples of this – so you immediately worry about what the future could hold for the movement. It could – and possibly already is right now – gain a whole load of traction over this sad sorry incident and that’s pretty scary stuff to be honest. Be careful.

For more of the same, check out the absolute worst of some of the incel communities out there. Terrifying.