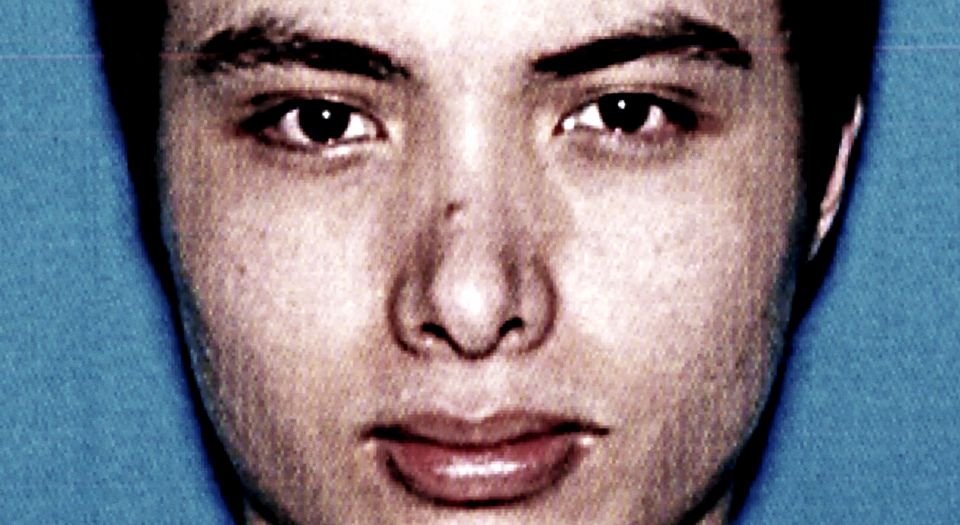 An incel straps on a GoPro and shows off his pick up techniques.

You may have heard the term ‘incel’ being bandied about over the last couple years.

Now and again we look around the incel communities of Reddit and some other incel-hangouts online, and share the most disturbing/interesting incel discussions we come across. 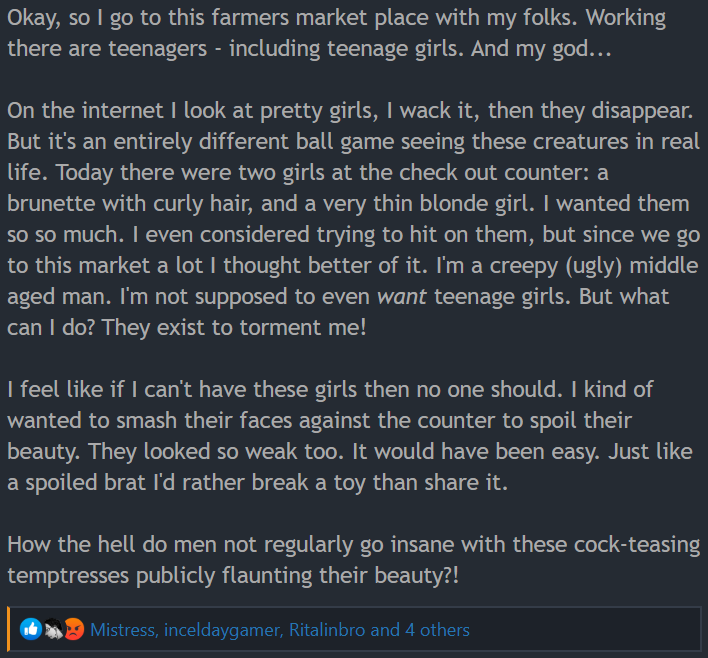 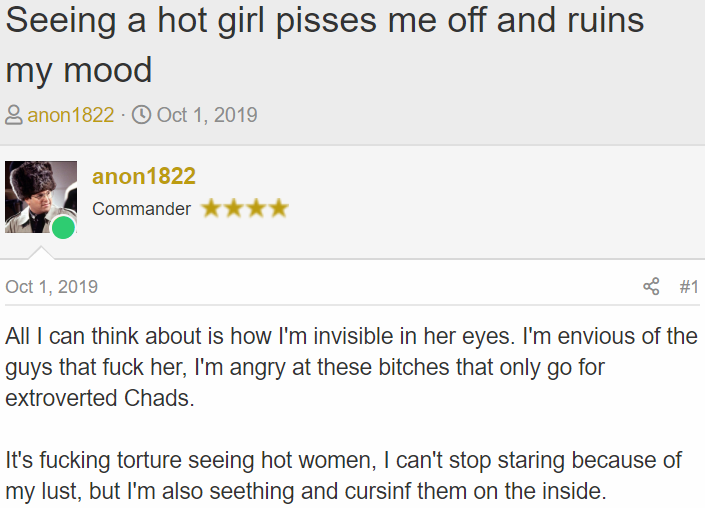 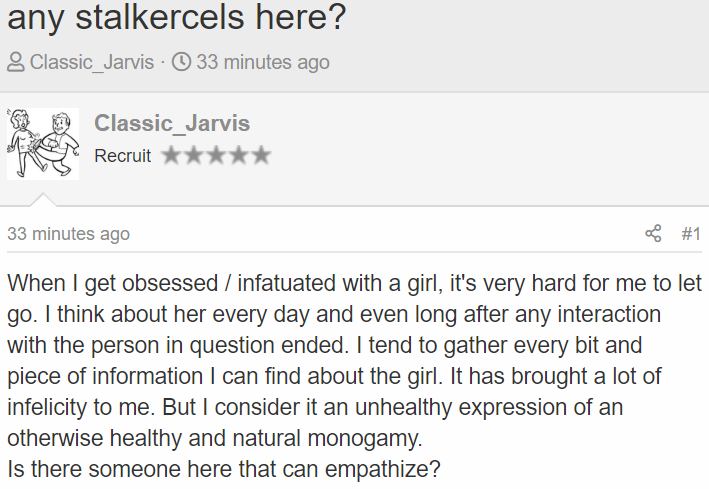 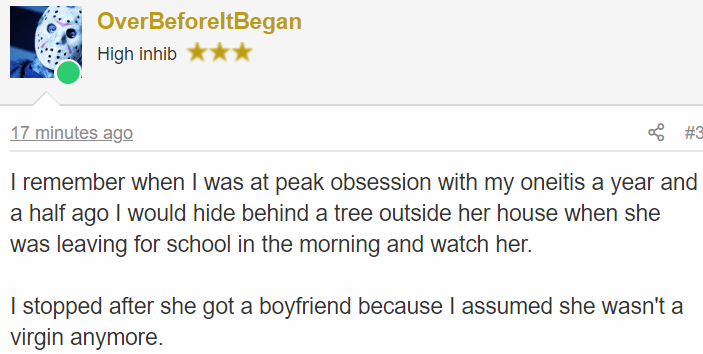 This next guy is positive that a group of girls in town were talking and laughing about him, so he whipped out his camera and captured the hard evidence to confirm his paranoia: 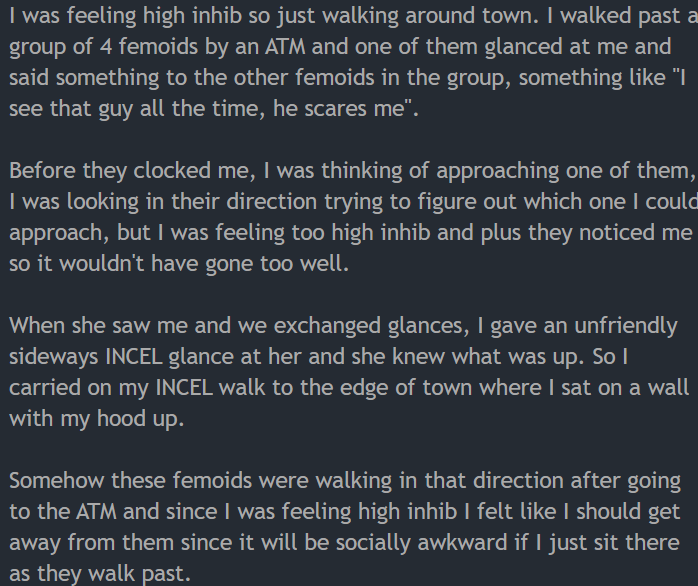 Young ‘Stacy’ over in Germany murdered by her ‘Chad’ boyfriend? Should have seen it coming apparently: 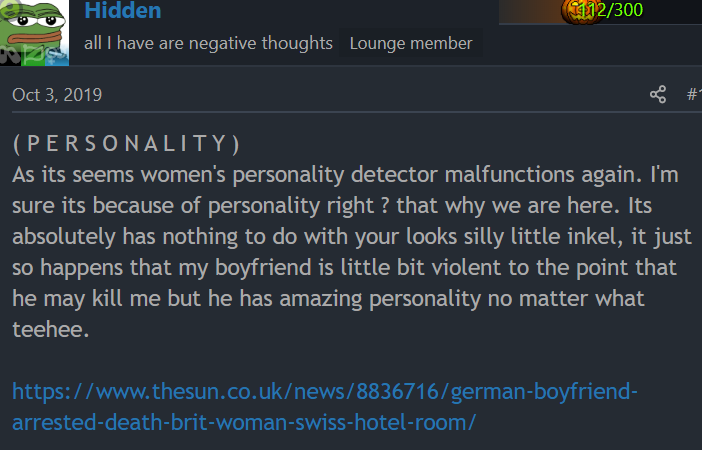 User ‘inceldaygamer’ invites members of incels.net to rank and comment on his pick-up technique, which he’s captured on GoPro while riding his bike around Folkestone:

‘A good test ride quality to them’ – yikes!

A couple of incel posters had some hard truths and advice for him:

On the bright side, might have made a new friend?

Indeed, for all the depressing and troubling shit these guys post, they do seem to find solace in relating and identifying with other incels.

Which could be helpful for them, it’s just too bad it has to devolve into this sort of talk 9 times out of 10: 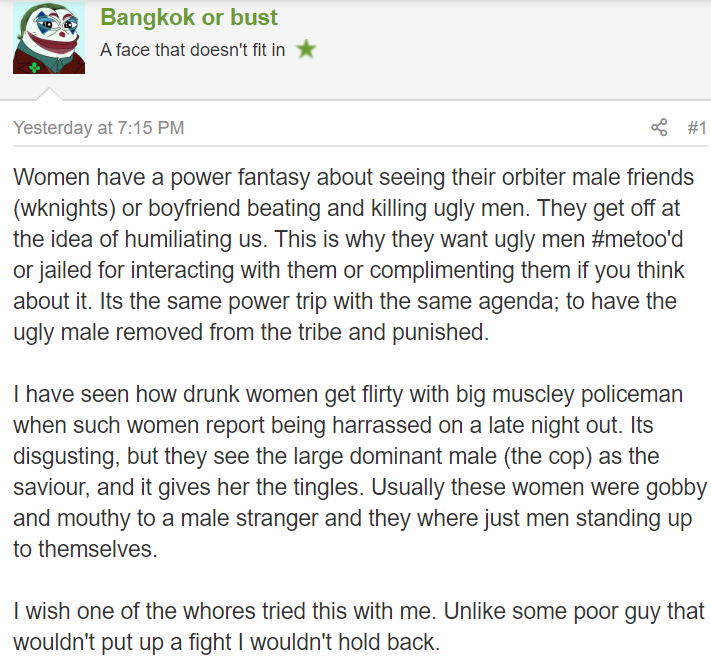 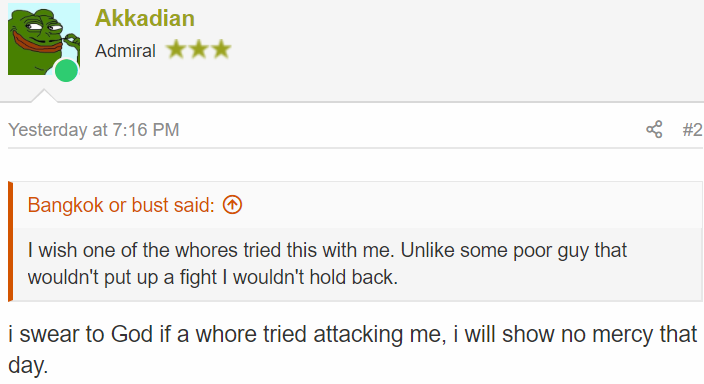 Pretty sure we may have stumbled across a number of pre-crimes here, but let’s hope these guys get the help they need or at least if they’re going to be awful human beings for the rest of their lives, keep their vindictiveness contained within the confines of their basements.

For our first instalment of the Incel Files, click HERE. See you next time.