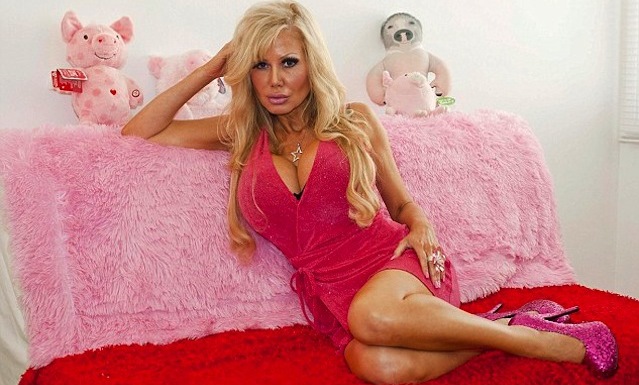 Feminists probably shouldn’t read this article as it pretty much sums up everything they’re fighting against.

Barbie enthusiast Blondie Bennett (probably not her real name) is a 38 year old woman who idolises Barbie and is obsessed with becoming as much like her as possible. Hence she has a strict regime of spray tan, Botox and lip filler – and has spent $25,000 on plastic surgery to take her massive boobs to a 32JJ – which sounds kind of familiar (don’t we know we’ve seen enough of those on Sick Chirpse).

However, Blondie has decided to take it a step further by actually undergoing hypnotherapy every week to become as dumb and vacant as her idol. Yeah, she actually wants to become dumber. To be honest just by making that statement it seems to me like she’s already passed the dumb threshold massively and probably doesn’t even need the hypnotherapy.

She admits that it is making her more ditzy though, as she’s already forgotten the way to her mother’s house from hers and she recently picked up a friend from the airport and forgot whether she had to go to departures or arrivals. What an absolute tool. I mean why would it be anyone’s dream to be a completely stupid dumbass?!

Well, Blondie was only too happy to explain: ‘When people ask why I want to be Barbie, I think, ‘Who wouldn’t want to be? She has the best life. All she does is shop and make herself look pretty — she doesn’t worry about anything’. So there you have it, looking like Barbie means no worries.

You’re probably thinking that perhaps Blondie has to worry about paying for all her treatments and boob jobs and hypnotherapy. Well, again you would be completely wrong because she’s actually unemployed, and everything she’s had done to her has been funded by online sugar daddies in exchange for sexy pictures of her dressed up like Barbie.

You really couldn’t make this up. Here’s another quote from her that illustrates how ridiculous her situation is: ‘I want people to see me as a plastic sex doll — and being brainless is a big part of that’. Right.

Oh yeah, and these online sugar daddies also pay her rent and probably stump up the cash for everything else in her life too. I guess she really does have no worries now she looks like Barbie so her dreams have come true and all she has to do is shop and worry about making herself look pretty so she can pose on webcams for perverted millionaire freaks and who knows what else? You can bet her ‘friend from the airport’ was some weirdo flying in for a weekend of shopping and S & M. Can you say daddy issues?

Still, I guess all in all that’s an OK tradeoff if you’re an unemployed 38 year old who’s obsessed with Barbie.

â˜› More People Trying To Be Their Idols: Songwriter Spends His Life Savings On Surgery To Look Like Justin Bieber 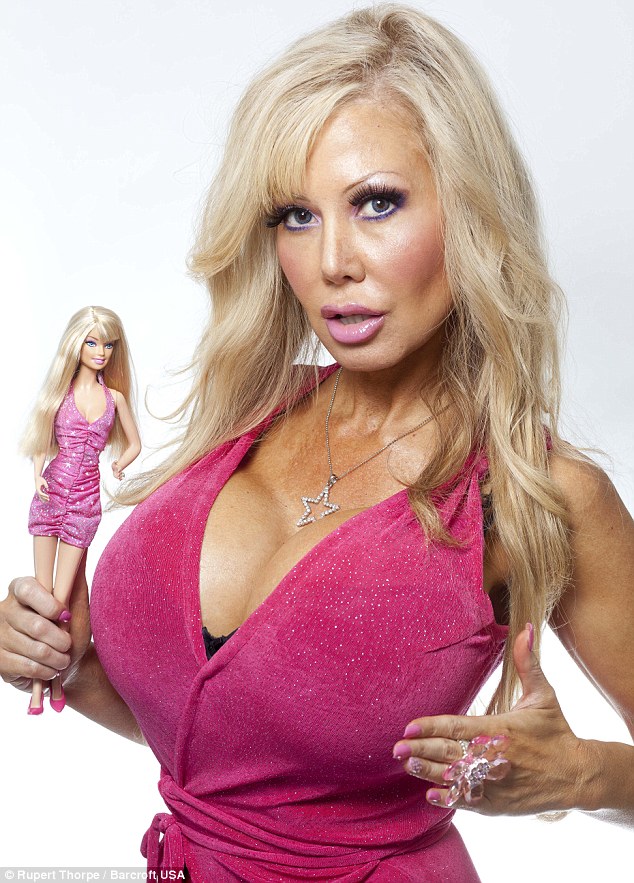